© Licensed to London News Pictures; 10/07/2020; Bristol, UK. A mural depicting the fall of slavetrader Edward Colston’s statue and the continuing fight for justice is seen installed on a billboard in Easton. The artwork is by RTiiiKA, a Bristol-based illustrator and co-founder of the Bristol Womxn Mural Collective, who drew the work the same day Colston’s statue was toppled from its plinth, dragged through the city centre and thrown into Bristol Harbour during a Black Lives Matter protest rally and march on 07 June in memory of George Floyd, a black man who was killed on May 25, 2020 in Minneapolis in the US by a white police officer kneeling on his neck for nearly 9 minutes. The killing of George Floyd has seen widespread protests in the US, the UK and other countries. RTiiiKA and Bristol Rising Tide, a direct action group collaborated to reclaim the billboard space, which is used by corporate advertising. RTiiiKA has said that the artwork is political both in its documentation of the statue’s fall and taking over advertising space, and in calling for continued anti-racist activism.
The red rope is to illustrate that the violent oppression and racism that Colston and Bristol profited from centuries ago is still tangled to racism today and that the rope winding around the people in the crowd is also a call to RTiiiKA as a white person to recognise and untangle prejudices, privilege and position. RTiiiKA calls on white people to keep a grip on the rope and continue to fight against their biases and subconscious discrimination against black people. Photo credit: Simon Chapman/LNP. 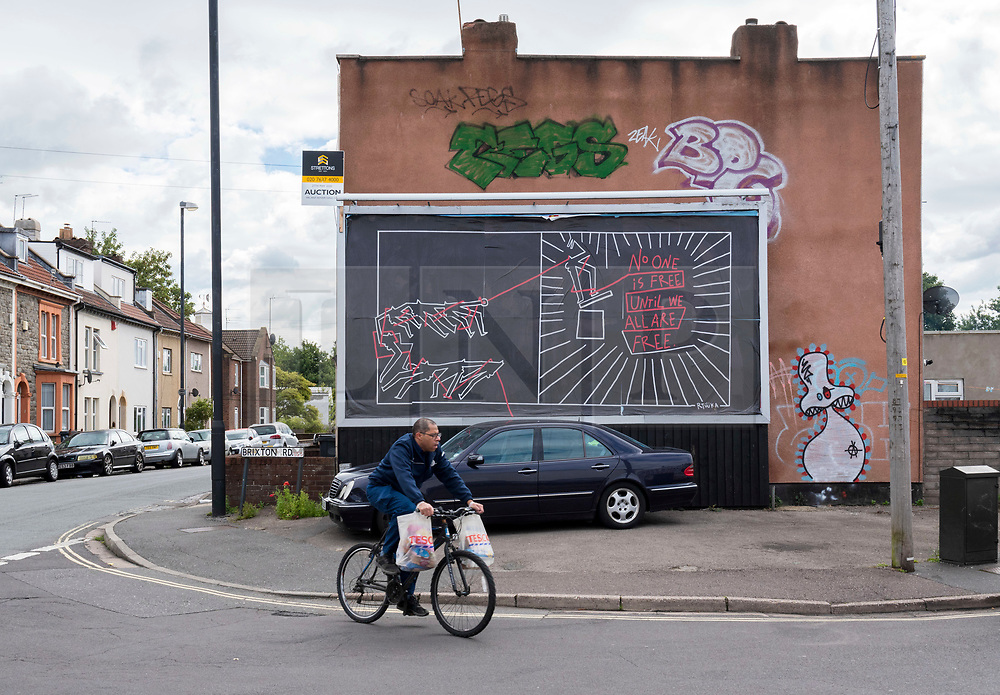