© Licensed to London News Pictures. 14/11/2016. London, UK. Swedish Chief Prosecutor Ingrid Isgren is surrounded by reporters and TV crews as she arrives at the Ecuadorian Embassy in London where she is expected to interview WikiLeaks editor-in-chief, Julian Assange. Assange, who has been living at the embassy for over four years, is wanted for questioning over accusations of rape in Stockholm in 2010. Photo credit: Peter Macdiarmid/LNP 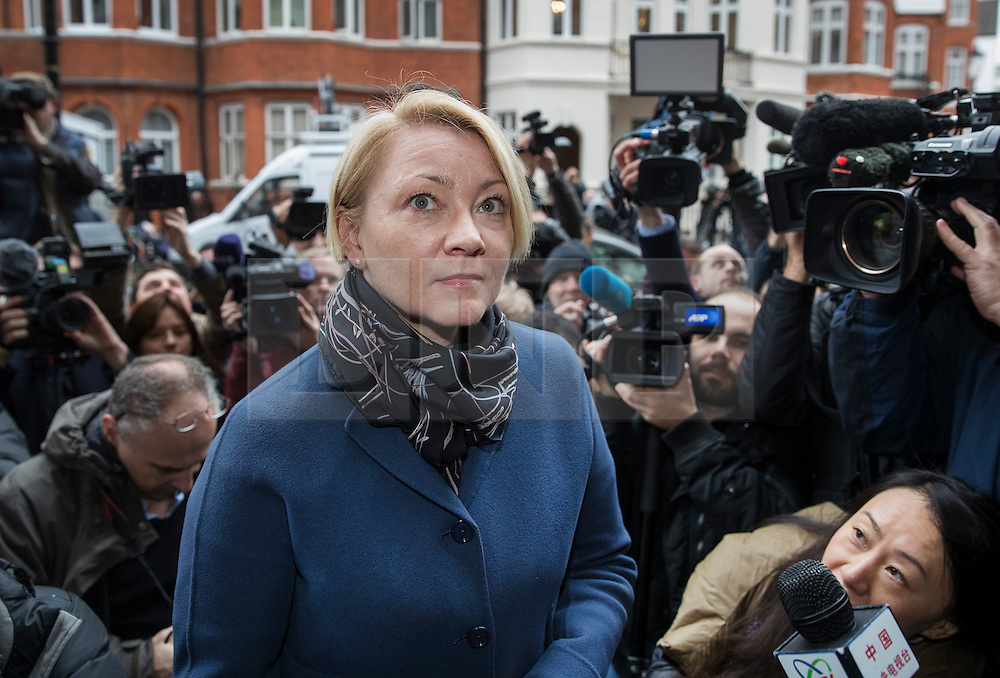