Site eviction claimed to be illegal

© Licensed to London News Pictures; 13/06/2020; Bristol, UK. New travellers face eviction from the old gas works site on Glenfrome Road after bailiffs from GRC arrived on Saturday morning with police also in attendance who have closed off the road. The travellers have been living on the site, which is owned by Wales and West Utilities, for some weeks, and say that the eviction is illegal and is being done without any court papers. The travellers have been told that this is a common law eviction, but they say it is illegal because there is building on the land (hidden by foliage) which is permanently occupied and so the land is ancillary to the building and so a possession order must be granted by a court before an eviction can take place, and that no possession order has been granted. Photo credit: Simon Chapman/LNP. 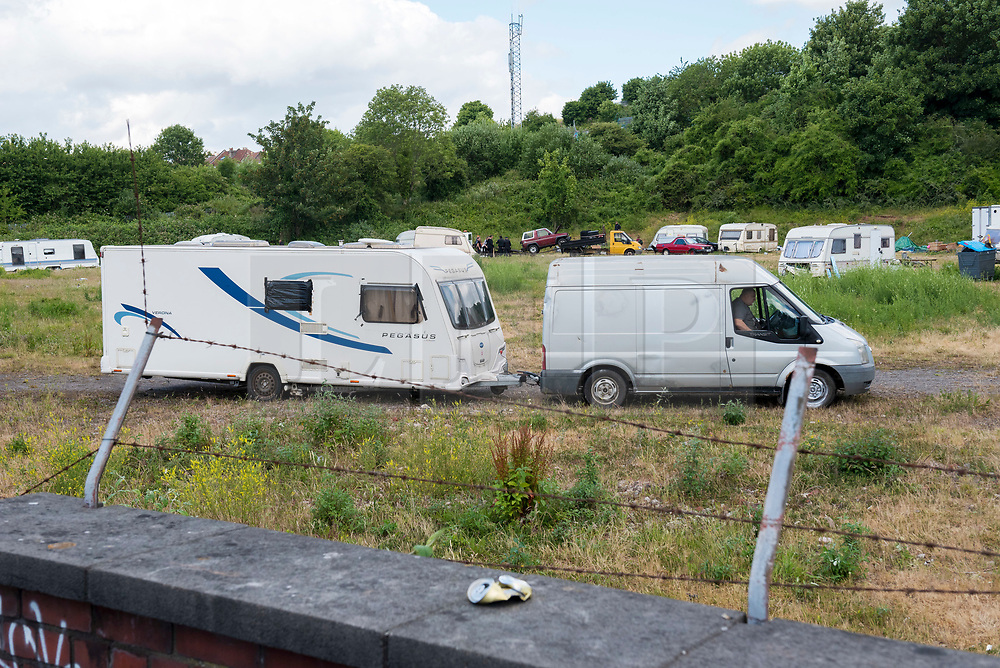