© Licensed to London News Pictures. 17/10/2016. Croydon, UK. 16 year old Afghanistani refugee 'Haris' (L) is held back by an immigration official as he talks to his uncle Jan Ghazi (R) from a bus, as the first children from the Calais jungle refugee camp leave the Home Office immigration centre in Croydon. British authorities are bringing over about 100 children this week to be reunited with their relatives. The French government have announced that they will be dismantling the camp this month. credit: Peter Macdiarmid/LNP 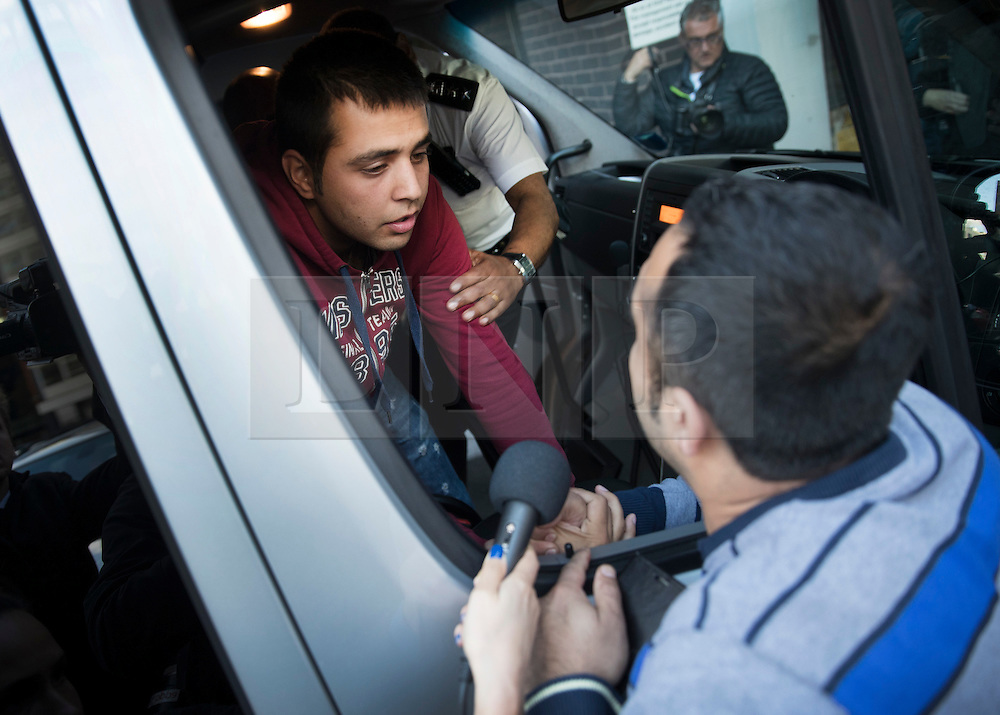