The scene of a car crash at Eid prayers at the Westgate Sports Centre in Newcastle after a car hit worshippers as they left the venue.

© Licensed to London News Pictures. 25/06/2017. NEWCASTLE UPON TYNE UK. Police gather evidence at the scene of a fatal car crash near Westgate Sports Centre on West Road, Newcastle on 25th June 2017. A car hit worshippers leaveing Eid prayers at there are believed to be at least six people hurt in the incidentc. A 42 year old woman was arrested at the scene. Photo credit: MARY TURNER/LNP 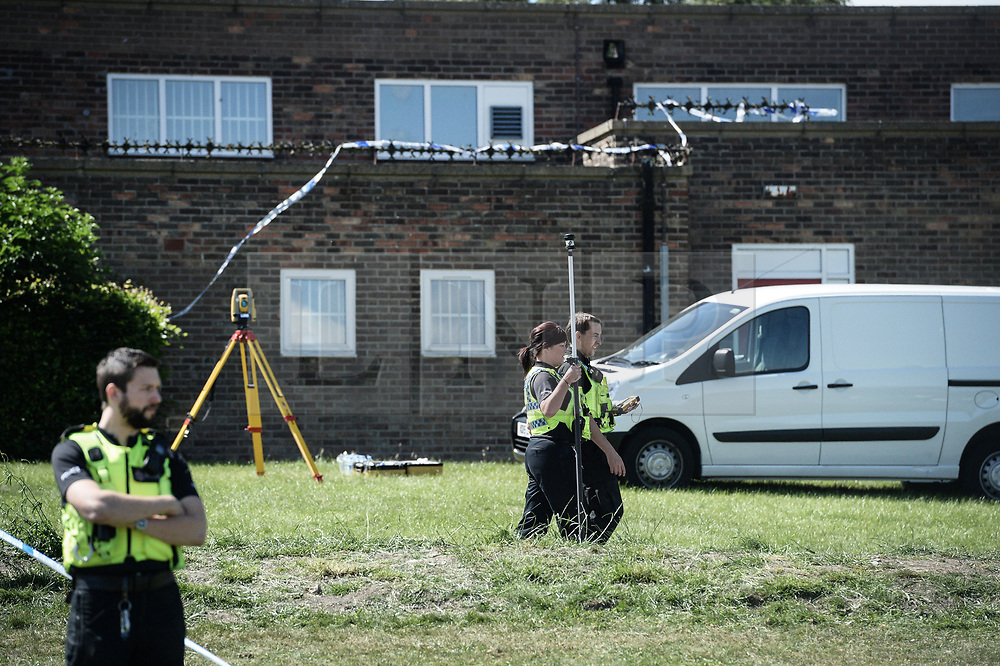