© Licensed to London News Pictures. 26/10/2014
Bluewater Poppy appeal Parade Launch today (26.10.2014) in Kent
Bluewater joins forces with the Royal British Legion to remember In the year that marks 100 years since the birth of the poppy as a symbol of Remembrance and hope, Bluewater is supporting the Royal British Legion’s Poppy Appeal campaign with a two-week mall takeover, beginning with the formal launch of the Poppy Appeal in Kent. The 26th October has seen an external parade of 150 people, including standard bearers, veterans, serving personnel, reserves, cadets, Scouts and Brownies joining the Royal British Legion in a procession around Bluewater. Also attending the parade will be Gareth Johnson, MP for Dartford, Councillor Avtar Sandhu MBE, the Mayor of Dartford, and Councillor John Caller, the Mayor of Gravesham. Concluding the launch of the Poppy Appeal at 12:20pm will be a performance by Gareth Malone’s Military Wives Choir, from Brompton Barracks in Chatham. The Military Wives will sing in Bluewater’s Plaza (outside Glow) before the Royal British Legion leads a spoken tribute and minute’s silence. From then until 11th November, when there will be a Remembrance Day memorial silence, the Royal British legion will be stationed at an in-mall collection point on the lower Thames Walk fundraising for the charity. 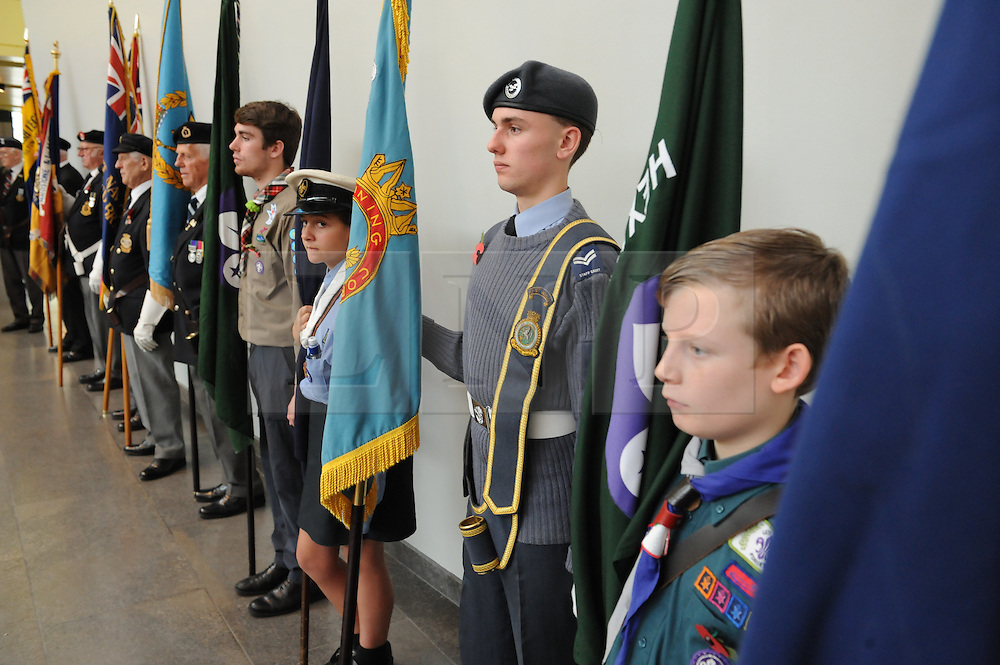