© Licensed to London News Pictures. 10/06/2016. LONDON, UK. ANGELA EAGLE makes a speech detailing an analysis of how a Conservative Brexit Budget would look if the UK were to vote to leave the European Union (EU) in a referendum. The Labour Party analysis warns of the implications a Brexit Budget would have on public services and family finances, including the introduction of more than £18bn in social security cuts and tax rises. Photo credit: Vickie Flores/LNP 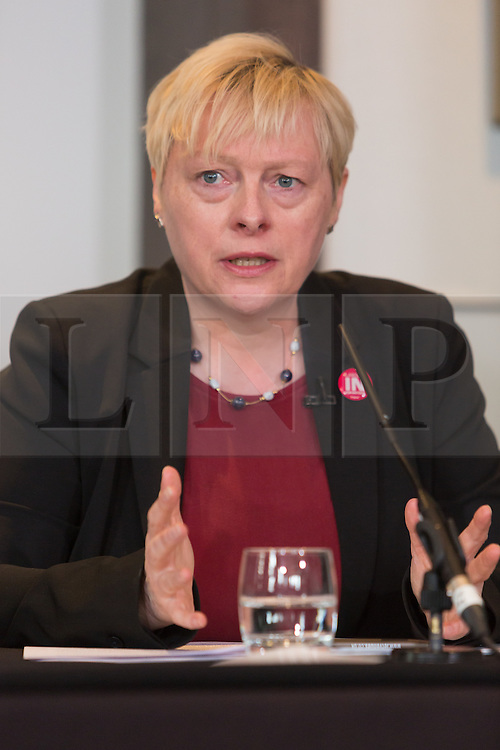