© Licensed to London News Pictures. 04/12/2018. LONDON, UK. Andrea Leadsom MP, Leader of the House of Commons, Lord President of the Council, leaves the weekly Cabinet Meeting at Number 10 Downing Street in London, Britain, on December 4, 2018. John Bercow, Speaker of the House, has stated that the government may be in contempt of Parliament for declining to release its full legal advice on Britain’s exit from the European Union. This issue is to be debated in the House of Commons after the Cabinet Meeting and will delay the start of MP's debating Theresa May's Brexit agreement with the European Union, ahead of their vote on December 11. Photo credit: Stephen Chung/LNP 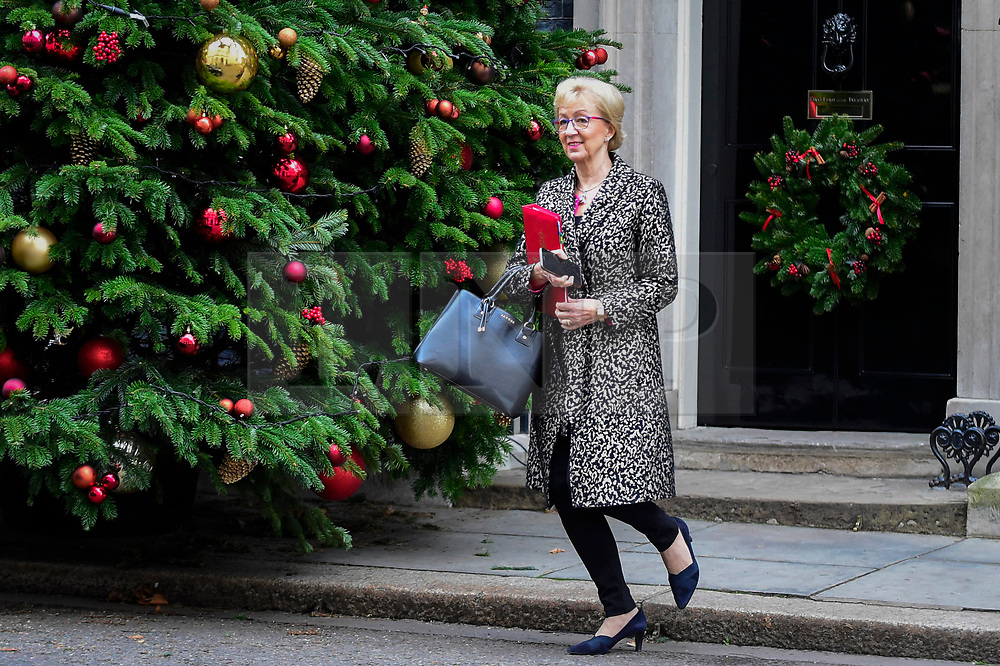