© Licensed to London News Pictures.23/03/2017.London, UK. A policeman fastens a flower onto his uniform in memory of his fallen comrade - as he mans a cordon on Westminster Bridge. A lone terrorist killed 4 people and injured several more, in an attack using a car and a knife at Parliament and on Westminster Bridge yesterday. The attacker managed to gain entry to the grounds of the Houses of Parliament, killing one police officer.Photo credit: Peter Macdiarmid/LNP 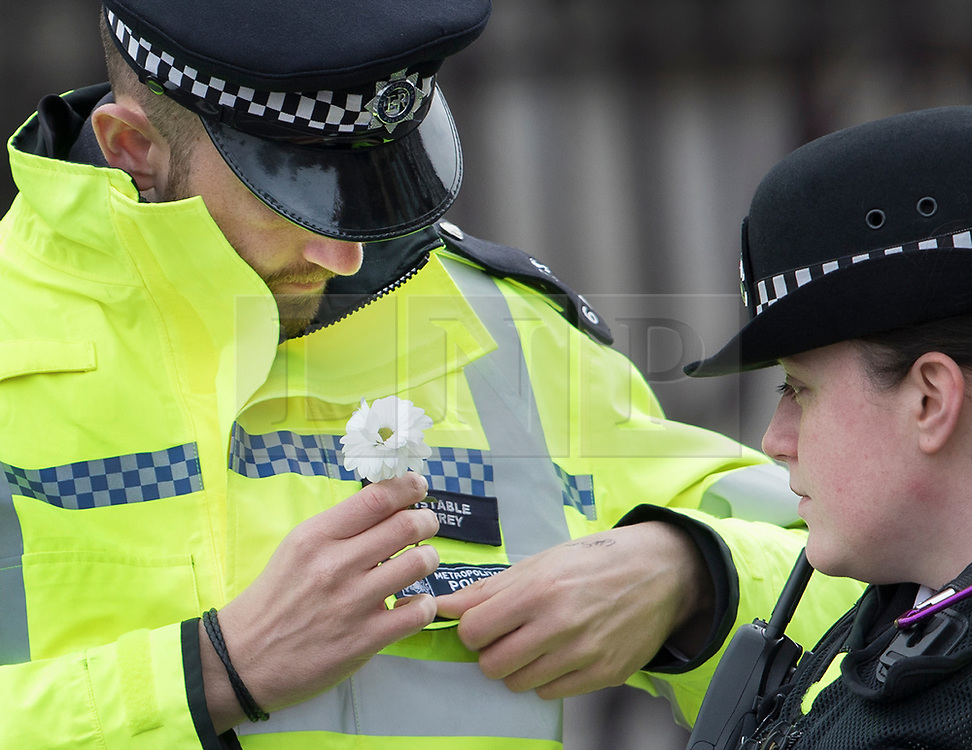