Licensed to London News Pictures. 23/10/2016. A statue of the Virgin Mary, with its head removed by Islamic State militants, is seen on a pile of rubble after being placed there by Iraqi soldiers in the town of Bartella, Iraq. 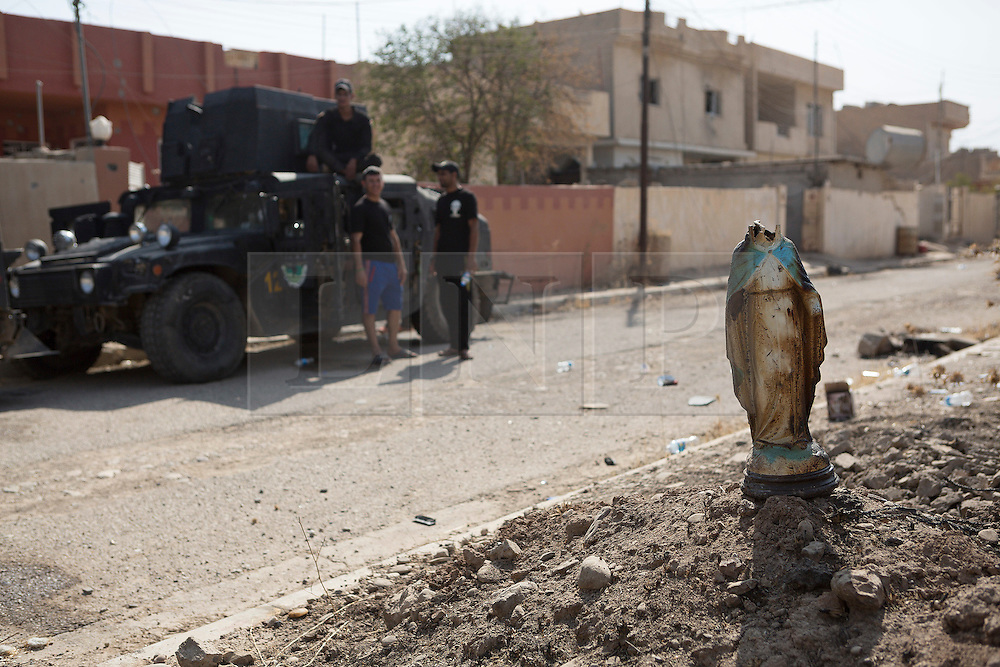