CAPTION UPDATE © Licensed to London News Pictures 19/01/2021. Orpington, UK. The casualty is pulled up the river bank in a rescue stretcher. A woman was rescued from the River Cray in Orpington, South East London last night (19.01.21) after being attacked by a man. Reports on social media say the woman was stuck in muddy freezing river water. The London Ambulance Hazardous Area Response Team along with firefighters from the London Fire Brigade used specialist equipment to free the woman. She was taken to hospital and is in a non life threatening condition. A man has been arrested. Photo credit:Grant Falvey/LNP 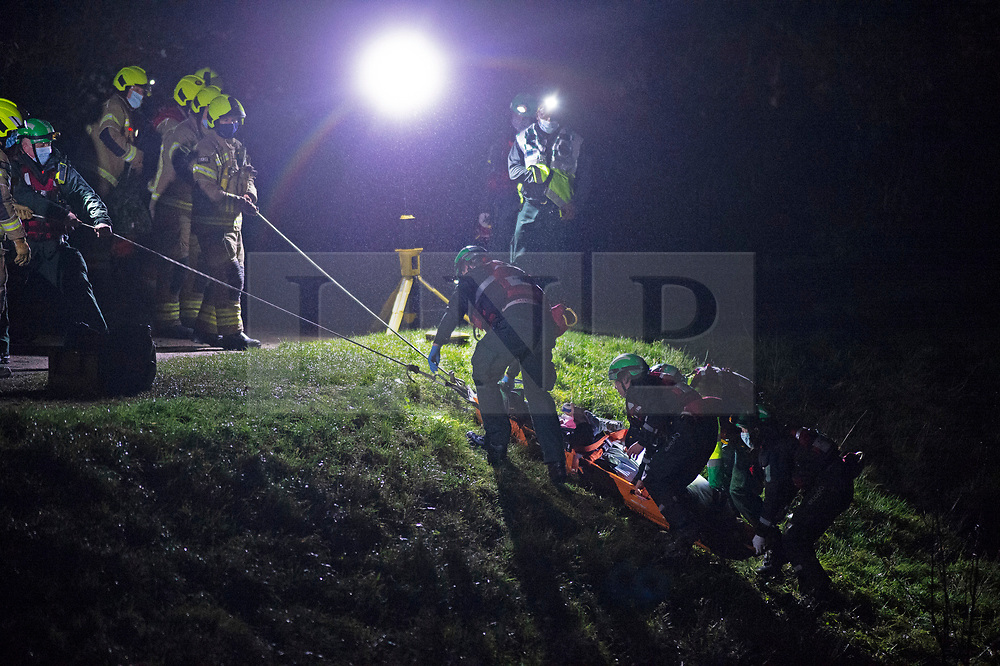