© Licensed to London News Pictures. 24/12/2015. Chicago, USA. Hundreds of people gather to march down Michigan Avenue's "Magnificent Mile" shopping district on Christmas Eve to protest against the alleged police cover up related to the fatal shooting of Laquand McDonald by a Chicago policeman. Flanked by members of the Chicago police force, protestors were chanting "16 shots and a cover up," and calling for Chicago Mayor Rahm Emanuel to resign, on what was described as "Black Christmas". Major stores, such as the Apple store, pictured, were targeted for demonstrations outside to disrupt last minute Christmas shoppers. Photo credit : Stephen Chung/LNP 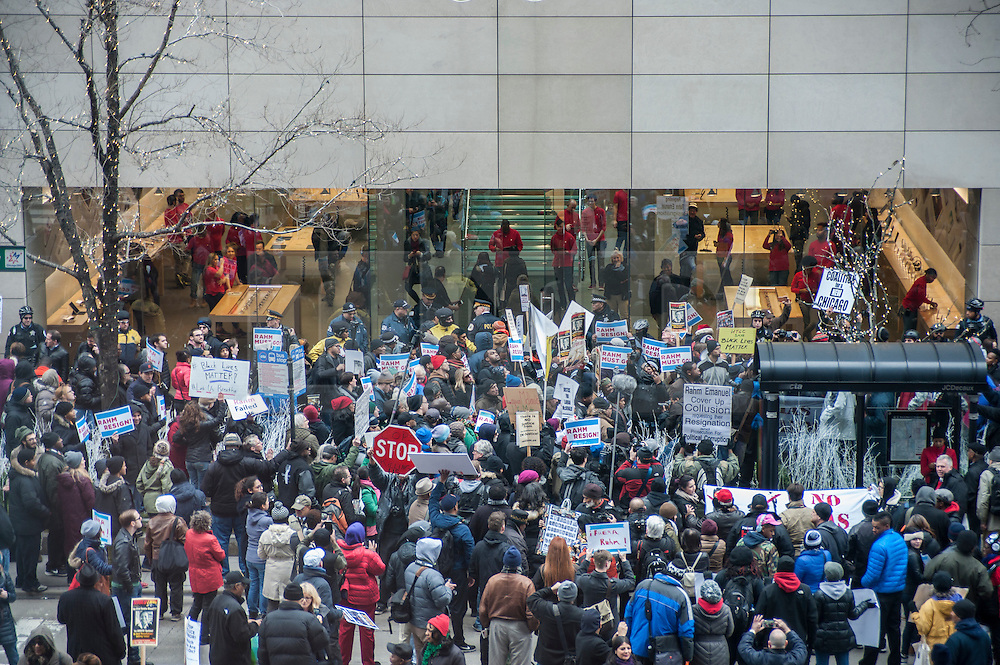