** CAPTION CORRECTION Neil Scallan has spent an estimated £150,000 on monopoly boards, not £150,00 as stated in previous captions**
© Licensed to London News Pictures. 24/07/2016. Crawley, UK. Monopoly board game collector Neil Scallon next to some of his 2200 unopened monopoly games, which he is hoping will set a Guinness World Record for the largest collection of Monopoly. Scallan, who has been collecting for 10 years and estimates he has spent over £150,00 on the board games, is expected to set a world record at the count later today (Sun) as the previous world record stands at around 500.. Photo credit: Grant Melton/LNP 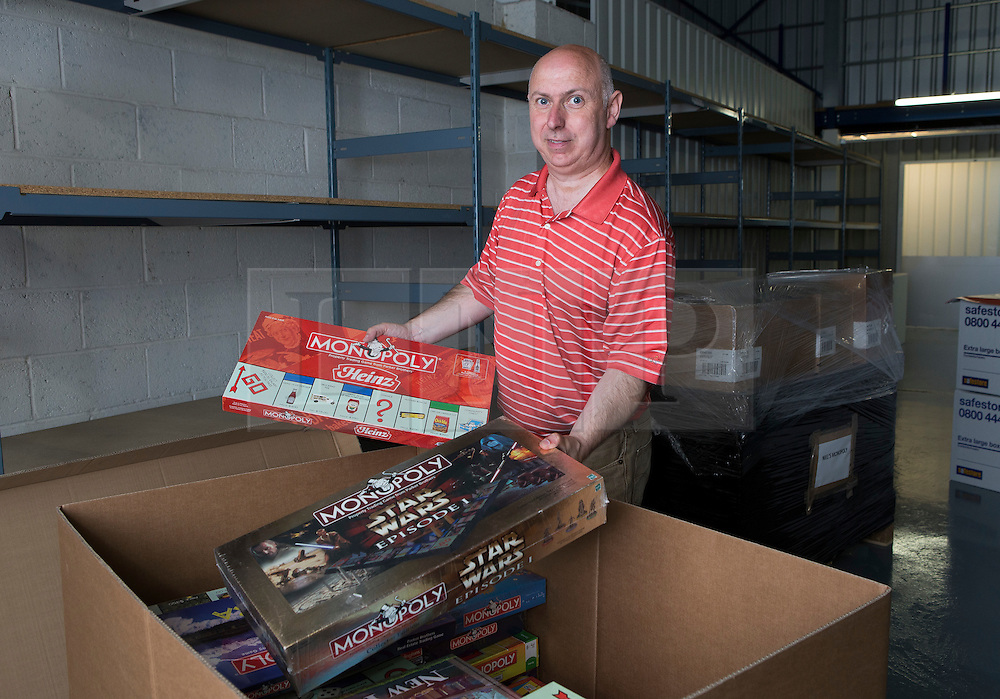