© Licensed to London News Pictures . 30/10/2018. Accrington , UK . The actress KATE WINSLET leaves the crematorium with her husband EDWARD SMITH (aka NED ROCKNROLL ) after the service . The funeral of Gemma Nuttall at Accrington Crematorium . Gemma died of cancer despite initially seeing off the disease after radical immunotherapy treatment in Germany , paid for with the fundraising support of actress Kate Winslet , who read of Gemma's plight on a crowdfunding website shortly after she lost her own mother to cancer . Permission to photograph given by Gemma's mother , Helen Sproates . Photo credit : Joel Goodman/LNP 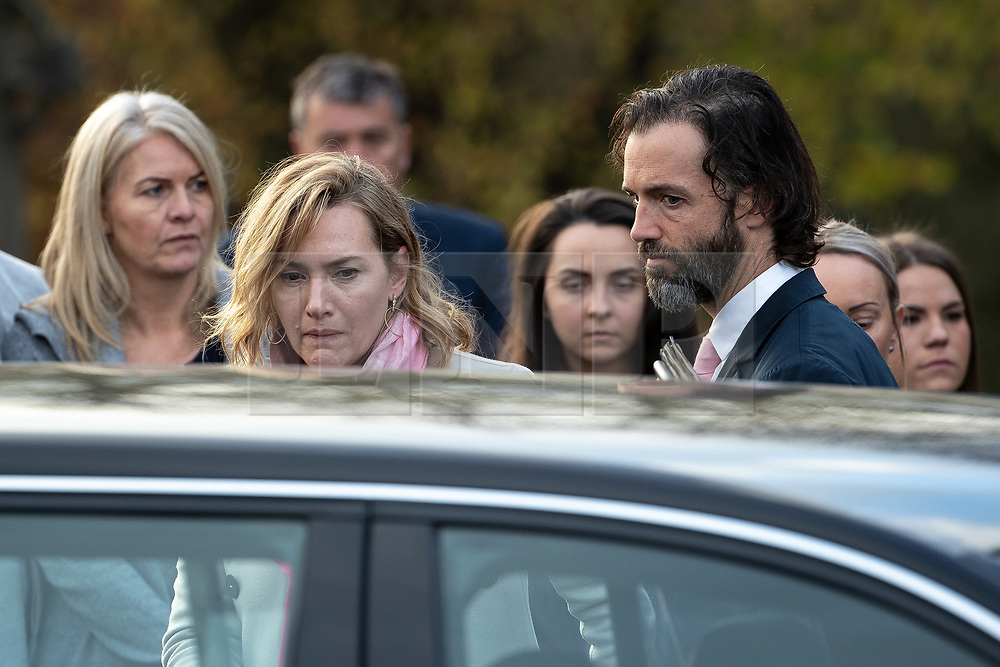