© Licensed to London News Pictures. 19/09/2021. London, UK. Police officers maintain a scene watch near a forensic tent in Cator Park on Kidbrooke Park Road in Greenwich following a call at 17:32BST on Saturday 18/09/2021 to the body of a female found near the community centre. A man was arrested several hours later at approximately 21:20BST at an address in Lewisham on suspicion of murder and was taken into custody at a south London police station. Photo credit: Peter Manning/LNP 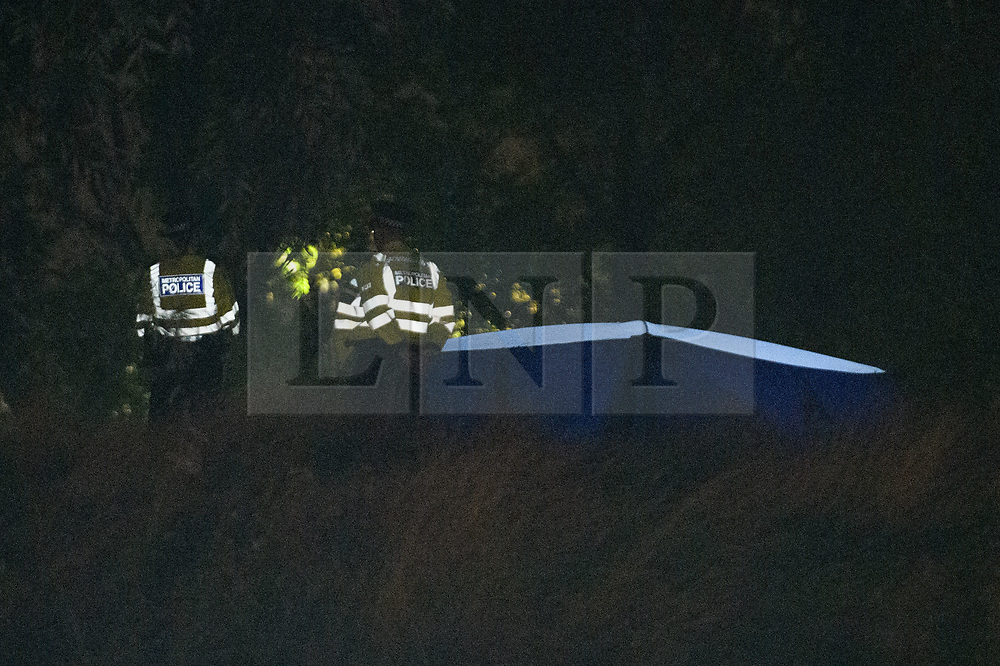