© Licensed to London News Pictures. 07/06/2018. LONDON, UK. Entrance signage of the flagship store of House of Fraser in Oxford Street. It is reported that the department store chain House of Fraser plans to close 31 of its 59 stores, with 6,000 jobs affected. The flagship store will close in early 2019 as a result of the rescue deal which requires approval by 75% of its creditors as part of company voluntary arrangements. Photo credit: Stephen Chung/LNP 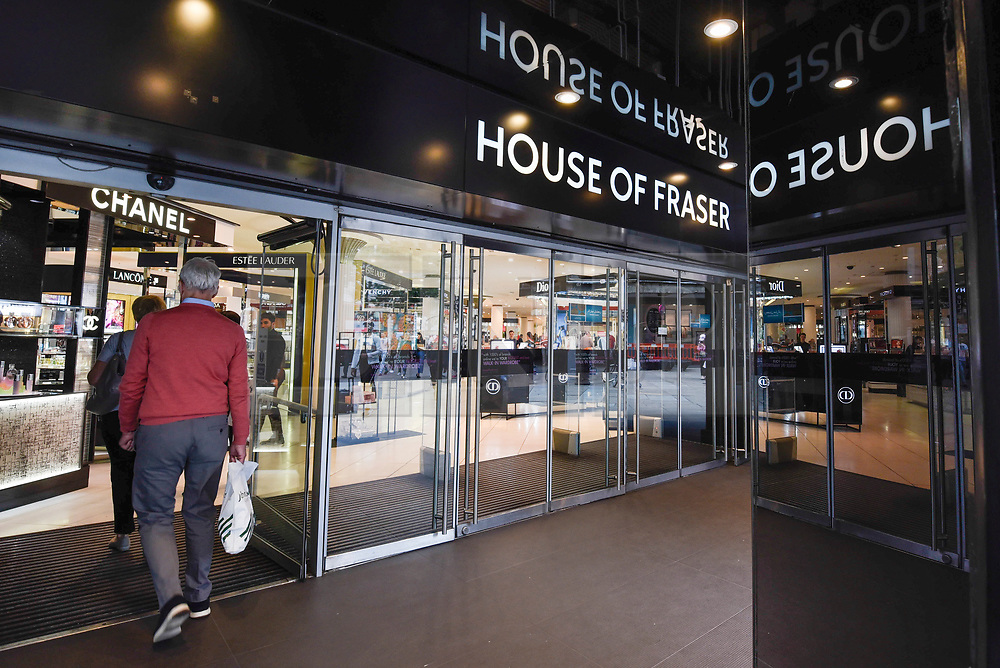