© Licensed to London News Pictures. 14/03/2017. London, UK. GORDON Ramsay's father-in-law CHRIS HUTCHESON (L) and his son ADAM HUTCHESON (R) arrives at Westminster Magistrates Court in London where they are charged with charged with hacking in to the celebrity chefs computer. Hutcheson, 68, is accused of conspiracy to access Ramsay's PC after a fall-out when the TV cook fired him as chief executive of his business. Photo credit: Ben Cawthra/LNP 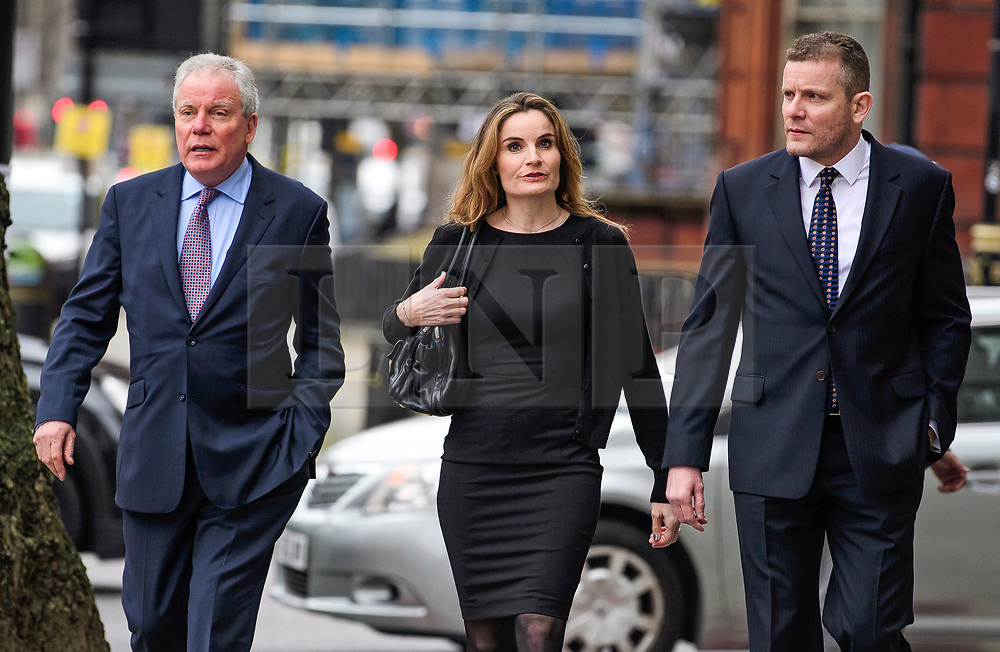