© Licensed to London News Pictures. 3/10/2015, Tamworth, Staffordshire, UK. The eighth Ride to the Wall "RTTW" took place today with thousands of motorcyclists arriving at the National Memorial Arboretum. Starting at eleven designated points around the country, the riders came from all over the UK as well as continental Europe.They rode to visit the walls of the Armed Forces Memorial where the names of 16,000 service men and women are engraved to remember those killed on duty or by terrorist action since the end of the Second World War. A display by the white helmets, tiger moth flypast and memorial service formed part of the day. Pictured, ex-serviceman Rob Thomas from Bournville in Birmingham whose sons also followed him into the Armed Forces. Photo credit / Dave Warren/LNP 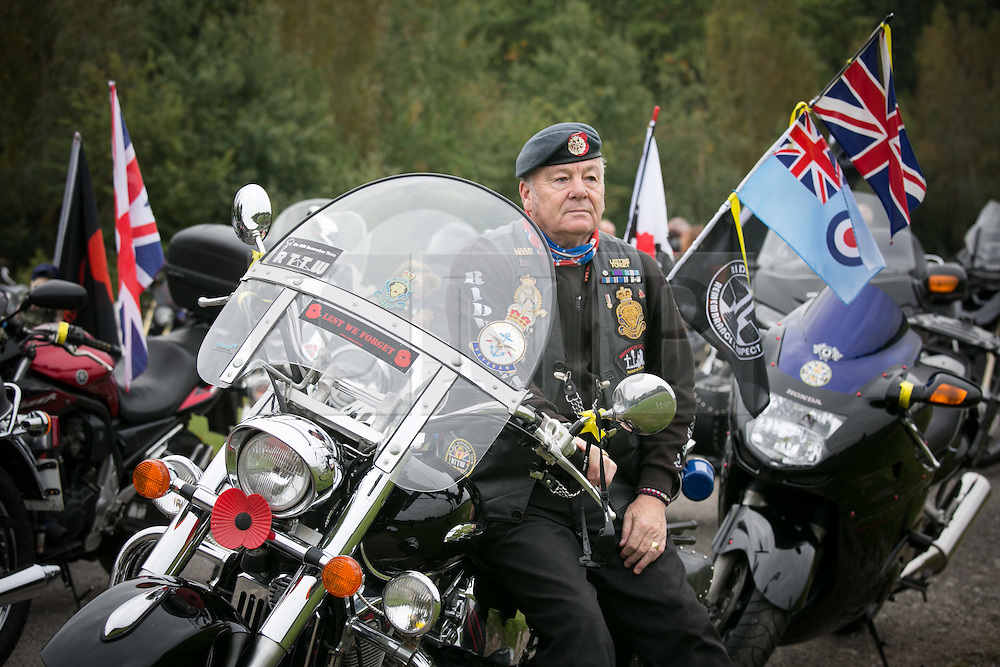