© Licensed to London News Pictures. 07/09/2017. London, UK. Protestors gather at the gates to Downing Street as prime minister Theresa May leaves to head to the Houses of Parliament in London as parliament debates the EU Withdrawal Bill. A vote will take place in parliament early next week to decide of EU laws will be enshrined in UK law as part of Brexit. Critics of the bill have said it will let government ministers grab powers from parliament. Photo credit: Ben Cawthra/LNP 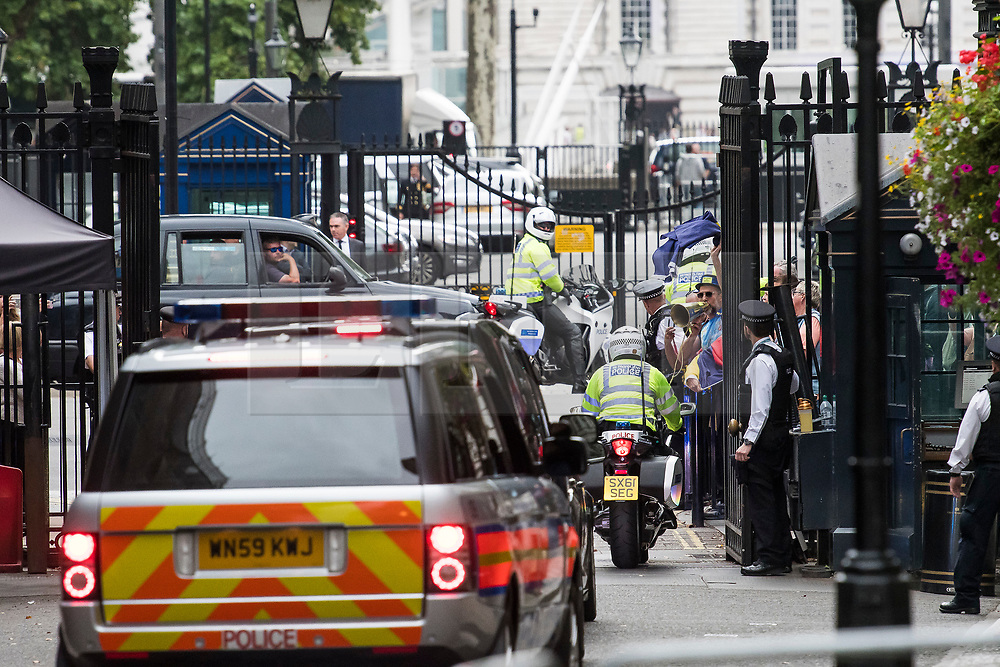