© licensed to London News Pictures. Heywood, UK 03/03/2012. Police with dogs give chase to about two dozen people following a National Front demonstration in Heywood, Greater Manchester The National Front hold a demonstration in Heywood, Greater Manchester. They protested against an alleged paedophile ring that had been operating in the area. There is currently a case being tried at Liverpool Crown Court in relation to the allegations. Last Thursday (23rd February) a protest organised in the town in relation to the same story resulted in Asian business being attacked by an angry mob. Photo credit should read Joel Goodman/LNP 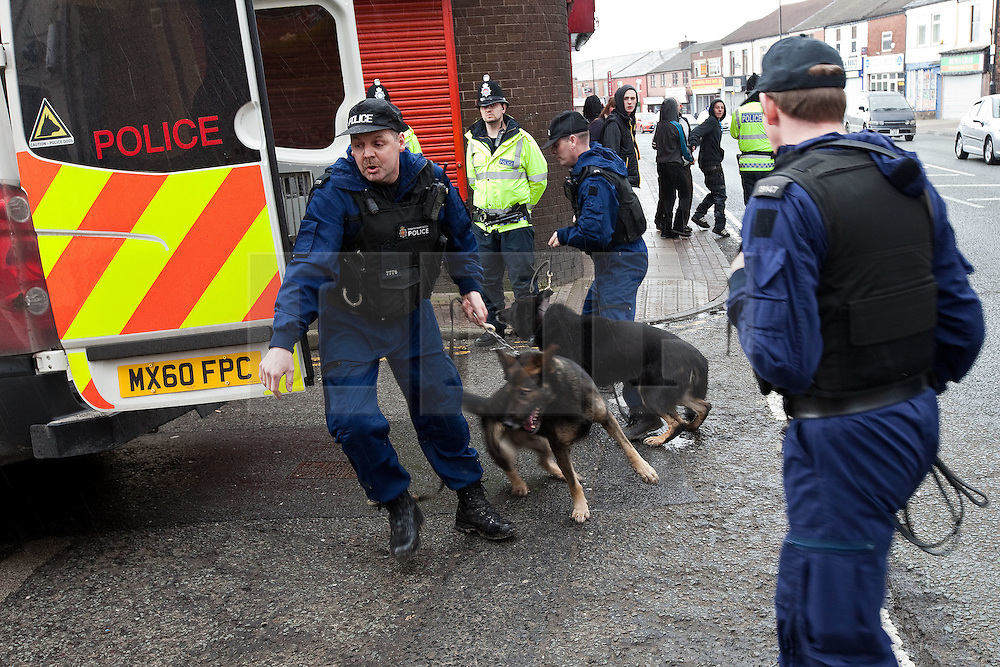