FILE PICTURE © under license to London News Pictures. 26/11/2010 .The scene of the crash. A lorry driver who drove on to a level crossing and caused a train crash was given a 15-month jail term today and banned from driving for three years. Arvydas Bartasius admitted endangering the safety of rail passengers during a hearing at Ipswich Crown Court. A judge heard that Bartasius drove on to a level crossing near Sudbury, Suffolk, in August and a passenger train travelling at 50mph hit his sewage tanker, leaving several people injured. No one was killed. Picture credit should read: Stephen Simpson/LNP 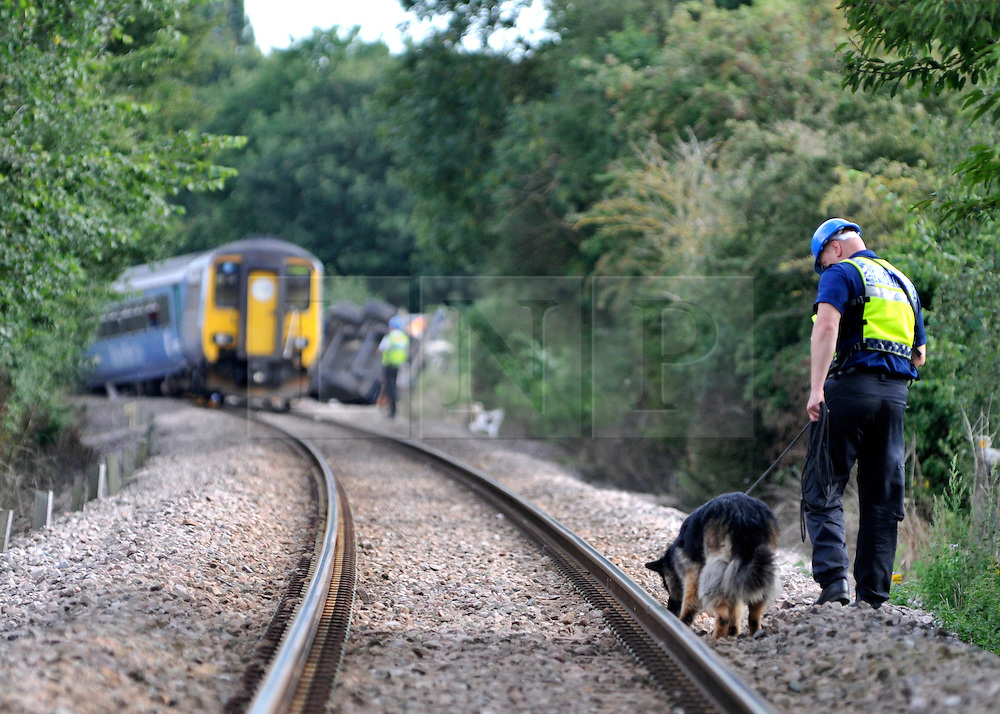