© Licensed to London News Pictures. 13/02/2017. Aylesbury, UK. STEVE ROBERTSON, chief executive officer of Thames Water, leaves Aylesbury Crown Court after attending a mitigation hearing. The utility company is due to be sentenced on 24 March after pleading guilty to a range of environmental offences dating back to 2013. In court the judge commented that "sewage spilled out left, right and centre" that had a "terrible impact on the environment." He also warned that the fine will be "substantial" and that "the company must be punished and not the customers." In total nearly half a billion liters of raw or partially treated sewage was discharged into the Thames from five sites in Buckinghamshire and Oxfordshire. Photo credit: Cliff Hide/LNP 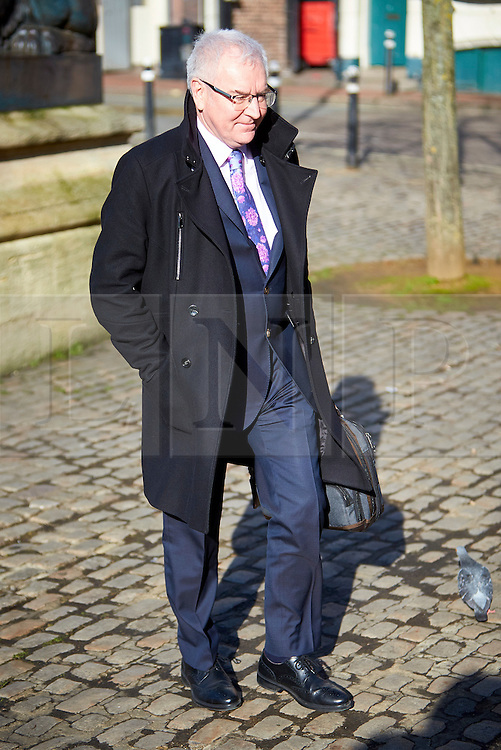