© Licensed to London News Pictures. 21/10/2015. Halifax, UK. David Glover who is the chair of the friends of Lister Lane Cemetery admires one of the Spires in The Victorian Grade 2 listed Lister Lane Cemetery in Halifax that dates back to 1841 that has been recognised as a Significant Cemetery in Europe, one of only 13 in the UK putting it alongside such famous cemeteries as Highgate in London. The cemetery houses burial plots of James Uriah Walker who was the owner of the Halifax Guardian & the first person to publish the Bronte sister's work, The Crossley family who's mill became the largest carpet manufacturing business in the world & numerous veterans of the battle of Waterloo. Photo credit: Andrew McCaren/LNP 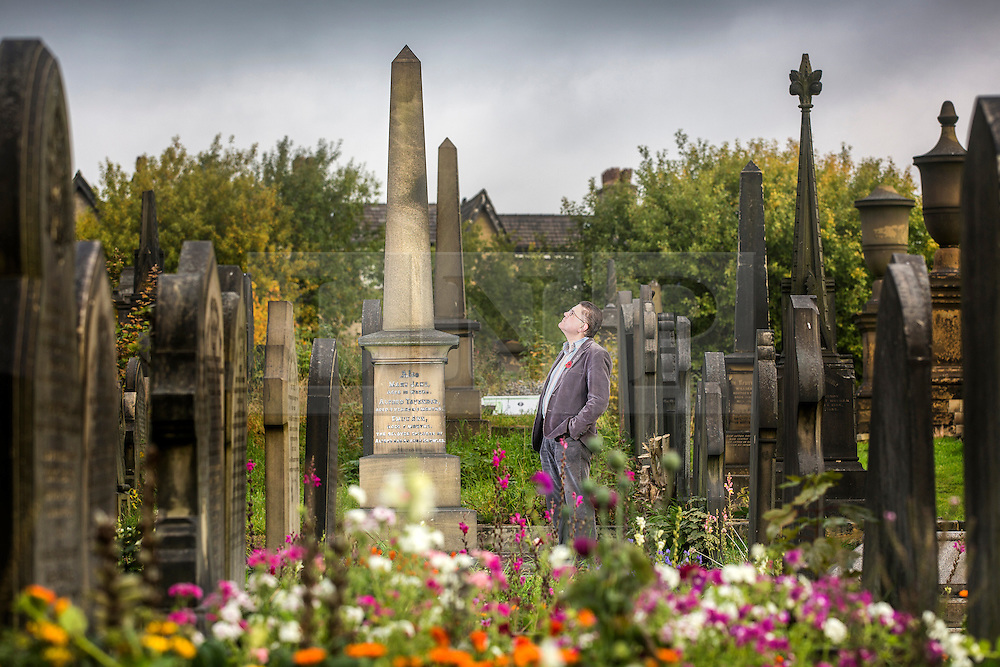