© Licensed to London News Pictures. 12/11/2020. London, UK. Police vehicles parked at the end of Northwick Avenue in Harrow. Police were called at 15:50GMT to Northwick Park, Harrow, following reports of a stabbing. Metropolitan Police Service attended and found a male, believed to be aged 17, suffering stab injuries. He was given first aid at the scene by officers prior to the arrival of London Ambulance Service. Despite the efforts of emergency services, he was pronounced dead at 16:31GMT. Photo credit: Peter Manning/LNP 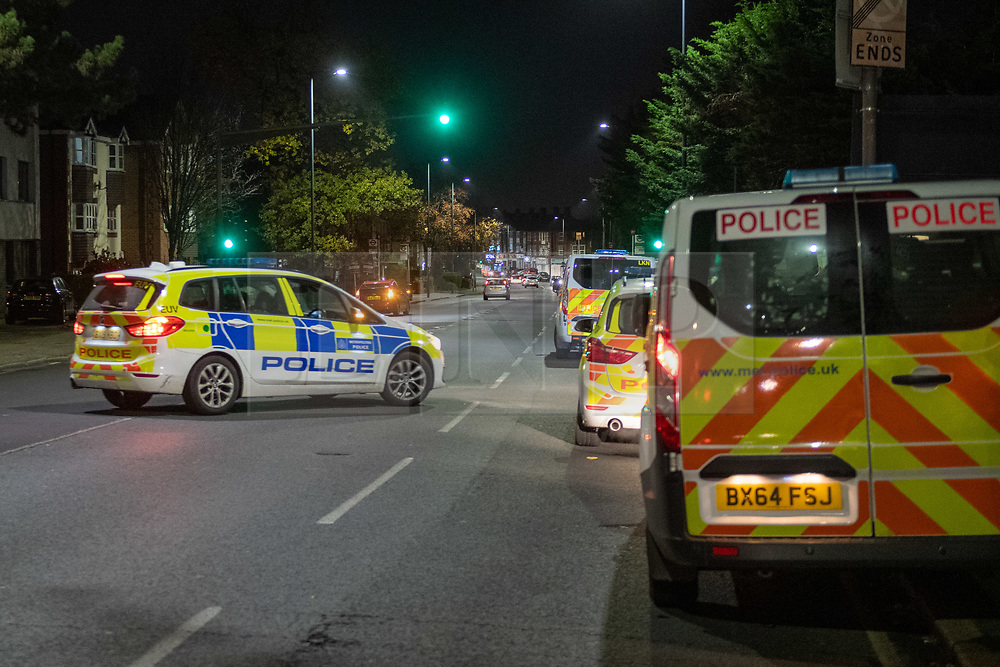