© Licensed to London News Pictures; 12/08/2021; Wraxall, UK. L-R: To mark World Elephant Day Labour’s Shadow Environment Secretary LUKE POLLARD MP visits Noah’s Ark Zoo Farm, here helping with food preparation, to warn that elephants are still being poached and ivory traded in the UK because Government Ministers have failed to protect them. It is over thirty months since the Ivory Act was passed in 2018, despite Michael Gove, the then Environment Secretary, saying it would be in force by the end of 2019. Ministers now say they want to extend the ivory ban to other ivory-bearing species (hippopotamus, narwhal, killer whale, sperm whale and walrus), but voted down Labour’s amendment to do exactly that on 4th July 2018. Photo credit: Simon Chapman/LNP. 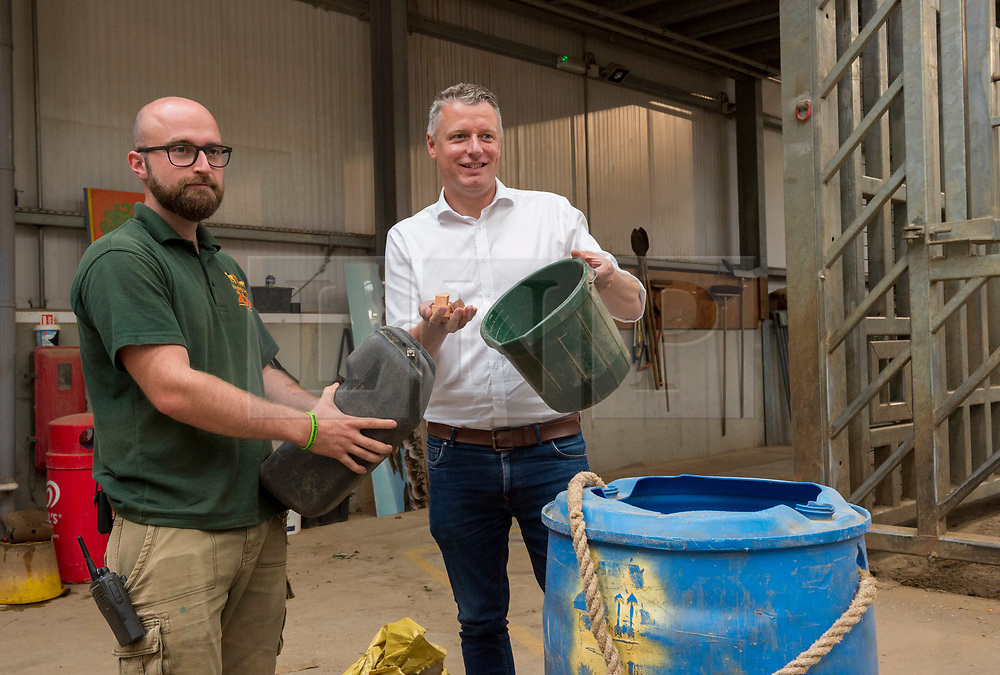