©London News pictures. 09/03/11. One of the rarest musical instruments in the world, the Stradivarius Archinto viola played by international soloist Philip Dukes today (09/03/11). Dating from 1696, the viola is one of only ten made by the master instrument-maker, of which only eight remain and of which only two are playable. The Archinto, part of the Royal Academy of Music collection, is now rarely played in public concerts. Philip Dukes, a regular teacher at the Royal Academy of Music, will be re-acquainting himself with the instrument ahead of his 20th anniversary recital with Julian Lloyd-Webber and pianist Piers Lane at London's Southbank Centre. Picture Credit should read Stephen Simpson/LNP 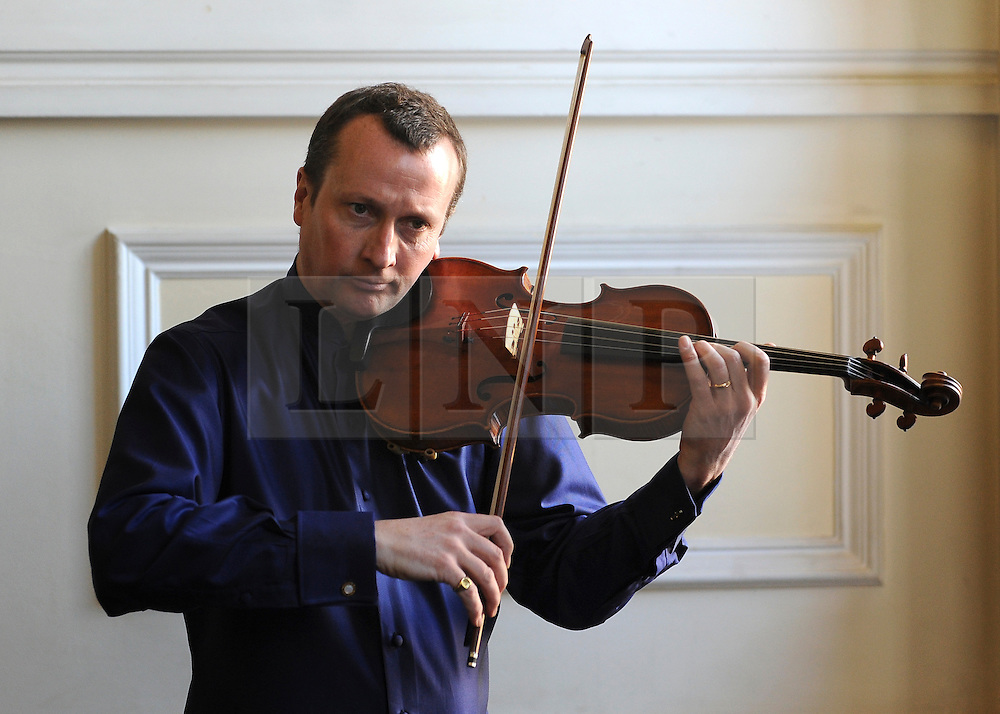