© Licensed to London News Pictures. 19/11/2016. Heathrow, UK. An activist reported to be SOPHIE LYSACZANKO , wearing the slogan "NO NEW RUNWAY" sits on the road surface, that she and other activists are attached to, near Heathrow Airport. A group of activists stage attach themselves to a road surrounding Heathrow Airport, during a demonstration against the expansion of Heathrow Airport and the building of a third runway. Some activists threatened "direct action". Photo credit: Ben Cawthra/LNP 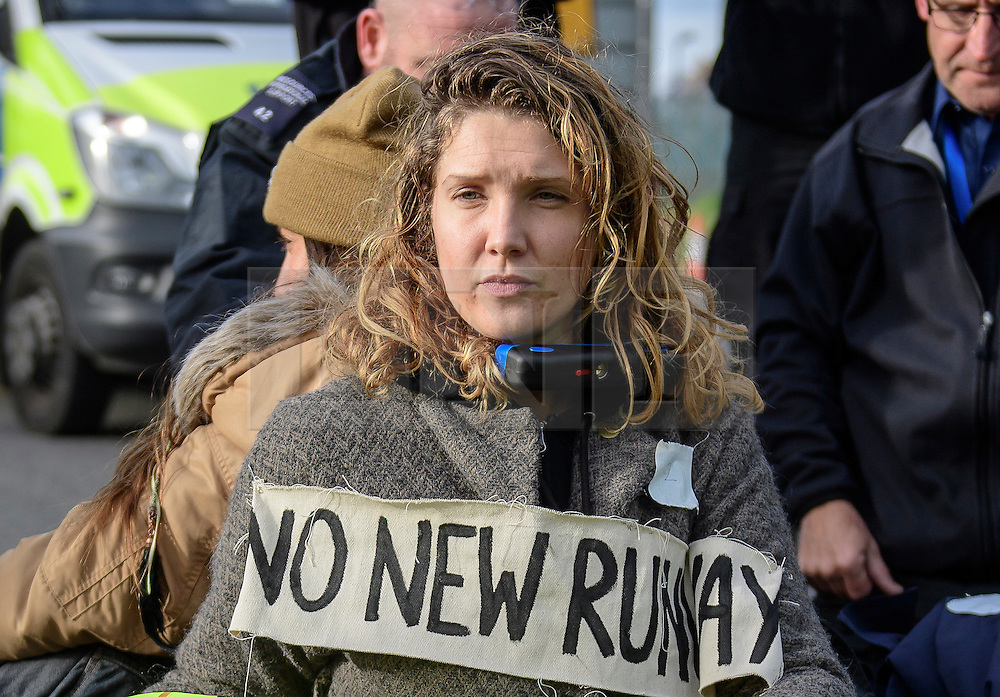