© Licensed to London News Pictures. 05/12/2017. Bristol, UK. Artist TIMMY MALLETT with his new painting of MEGHAN MARKLE complete with engagement ring and wrapped in the Union Jack on the painted Ring a Royal Phonebox at The Mall Gardens in Clifton Village, Bristol, following the recent announcement of the engagement between Prince Harry and Meghan Markle. Timmy first painted the phone box in 2012 in aid of 25th Childline Anniversary and it has been on public display since 2012 at London's Royal Albert Hall, the O2 Arena and for the last 4 years outside Windsor Castle. The colourful phone box features Her Majesty the Queen, Prince Harry striking the classic Usain Bolt lightning pose, and The Duchess of Cambridge on her mobile with a pram. Photo credit: Simon Chapman/LNP 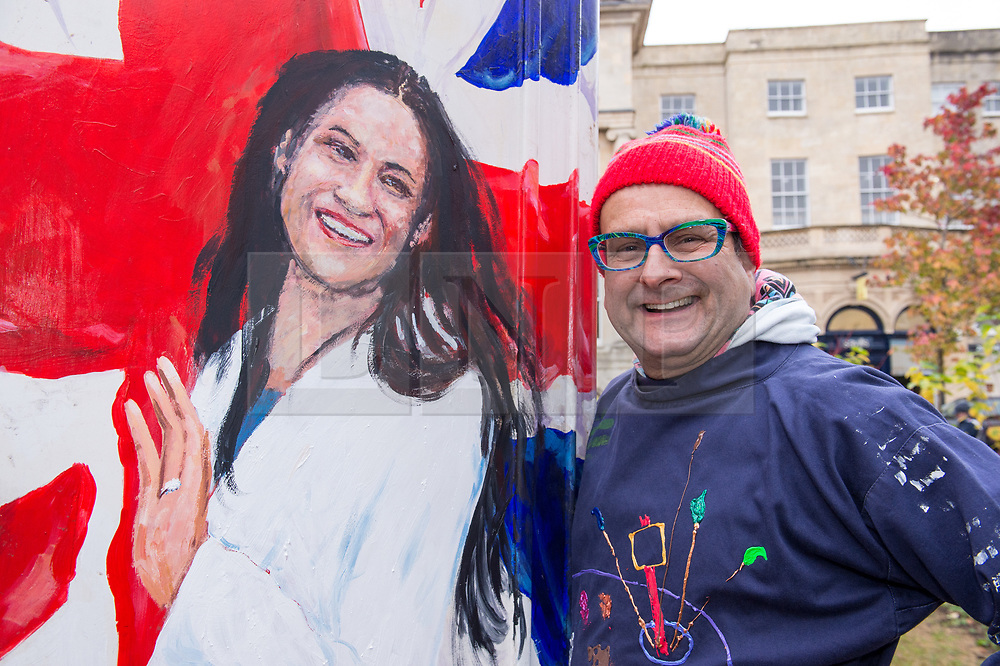