© Licensed to London News Pictures. 29/10/2013. London, UK. A notice put up by squatters occupying an 1820s property that was sold at auction on Monday for GB£3m is seen on the edge of London's Borough Market today (29/10/2013). The Grade II-listed building, sold by Southwark Council to build 20 new council homes, had been empty for years before squatters from Housing Action Southwark and Lambeth (HASL) moved in. The property, formerly owned by Courage brewers, was acquired by Labour-controlled Southwark Council when the Greater London Council was wound up in 1986. Photo credit: Matt Cetti-Roberts/LNP 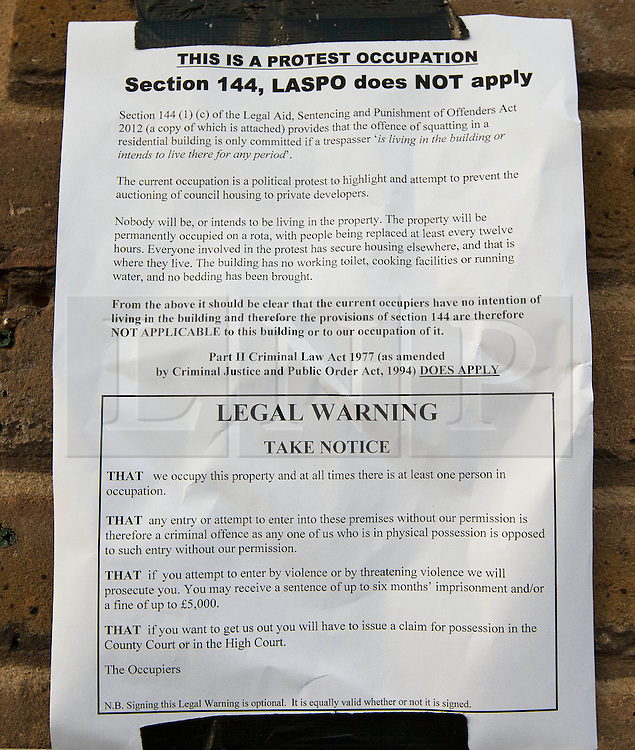