© Licensed to London News Pictures. 31/10/2015. London, UK. Feminist activist, Jemima Broadbridge takes a selfie photograph with a blow up doll of museum owner, Mark Palmer-Edgecumbe during a protest outside the Jack the Ripper Museum in Cable Street, Shadwell, east London. The protest is organised by feminist group, The Fourth Wave and attended by Class War and other activists, who are protesting against a Halloween event being held at the museum this weekend, where visitors can take selfie photographs inside the museum with “Jack the Ripper” and some of his female victims played by actors. Photo credit : Vickie Flores/LNP 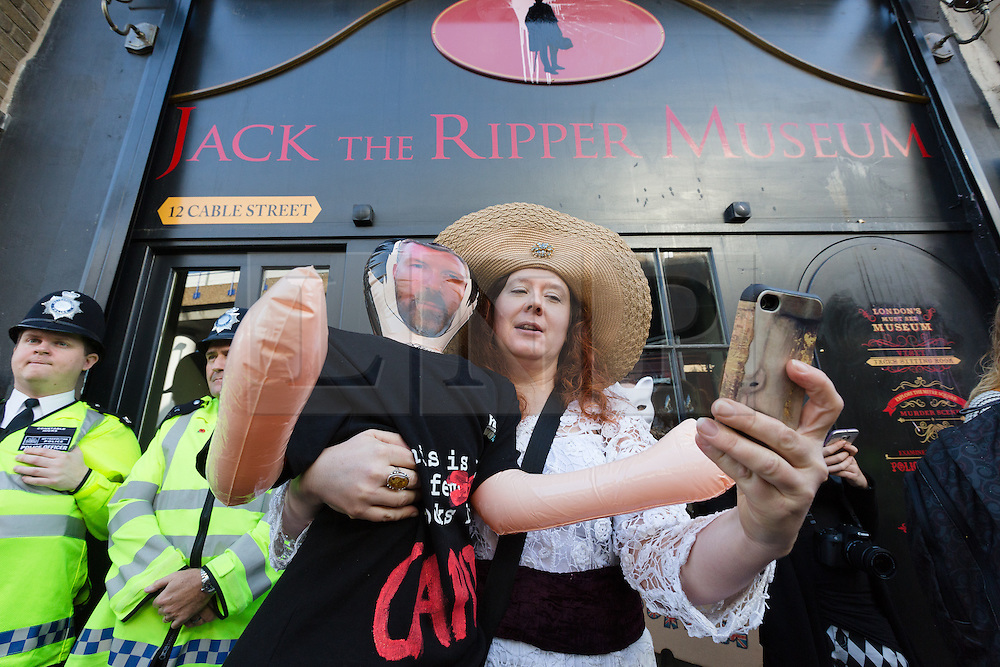