Licensed to London News Pictures. 23/10/2016. An improvised explosive device, which was set by Islamic State militants to destroy the Mart Shmony Church in Bartella, Iraq, is seen after being rendered safe by Iraqi Army engineers. 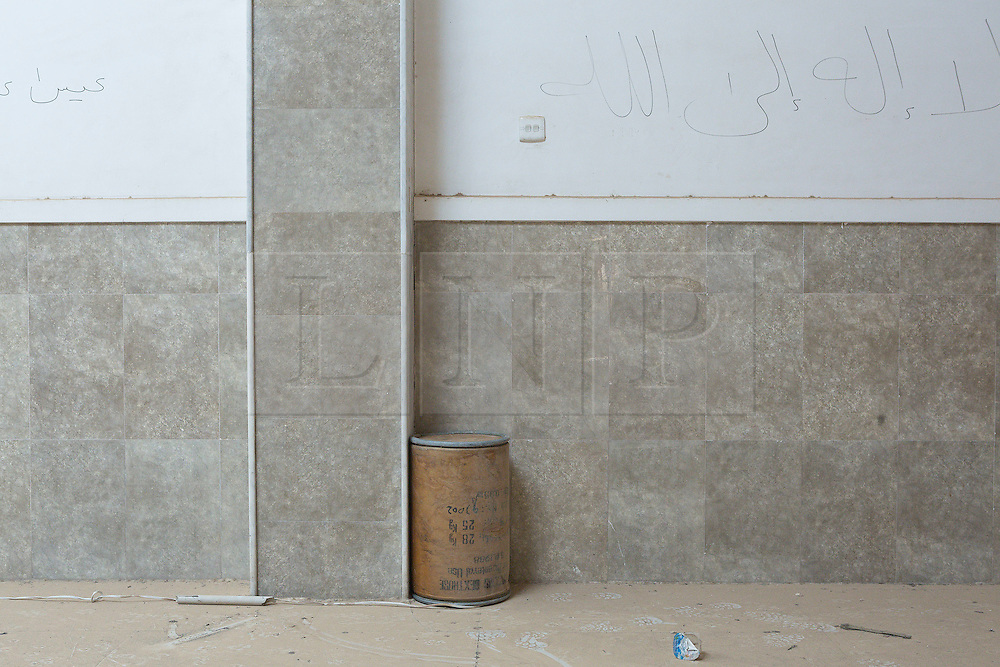