© Licensed to London News Pictures. 03/02/2020. LONDON, UK. A general view of Dean Street, where according to a firefighter, an unexploded WW2 bomb has been discovered in the foundations of a hotel. Scenes in Soho where the public have been evacuated by police and emergency services are in attendance after reports of an unexploded WW2 bomb being discovered in the area. A wide cordon has been established from Shaftesbury Avenue, Charing Cross Road and the streets around Old Comption Street. Photo credit: Stephen Chung/LNP 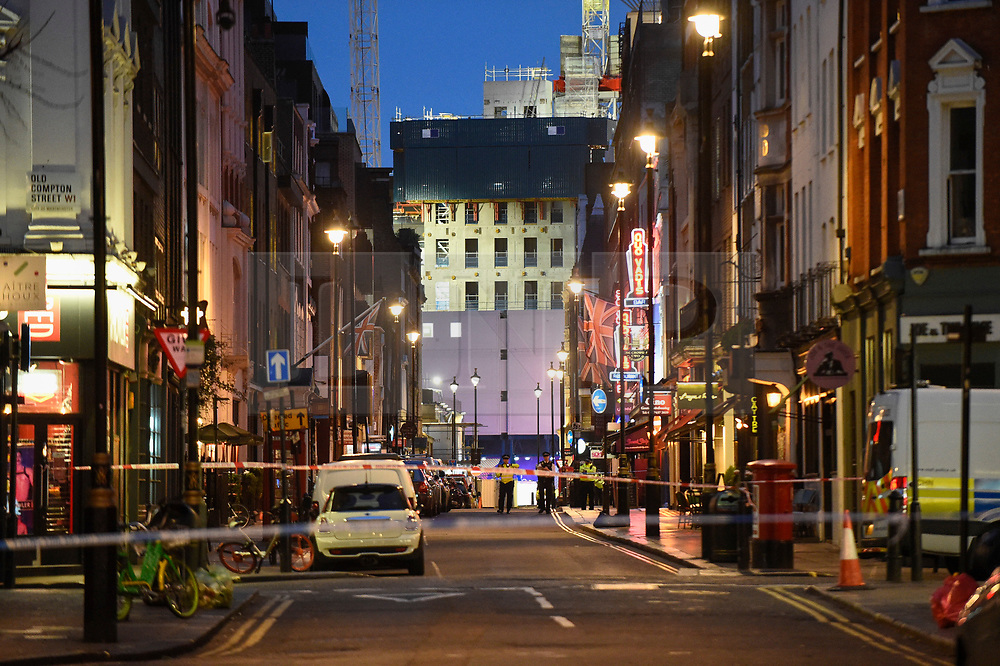