© Licensed to London News Pictures. Hamdaniyah, Iraq. 26/07/2014. Sahira Samir Kamal (L), an Iraqi Christian refugee from Mosul, washes her daughter Dilar (9) after being resupplied with fresh drinking water by Kurdish Zeravani soldiers at the partially built home they share with 15 other family members in Hamdaniyah, Iraq. Sahira and her family left Mosul on Friday the 18th of July when Islamic State fighters issued an ultimatum to the city's Christian community. When the family left they were forced to pay a tax for their car, their son (19) was threatened at knifepoint to ensure they handed over all of their possessions including family photographs. 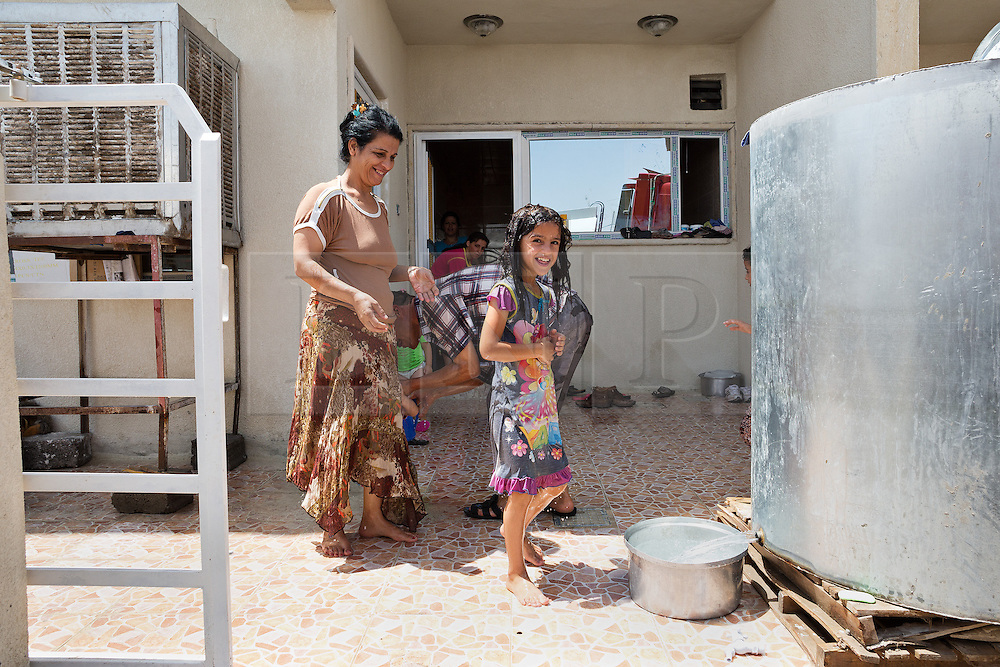