© Licensed to London News Pictures. 27/10/2013. M4 motorway, South Gloucestershire. An electricity transformer, one of the biggest abnormal loads ever transported on the roads is driven down the M4 on Sunday morning, causing traffic tailbacks behind. The giant transformer was taken from Avonmouth Docks to a substation in Melksham to the Westlands Lane electricity plant. The huge transporter, described by police in Wiltshire as ‘one of the largest loads to ever be moved’ measured 5.1 metres wide, almost 17ft, was about 65 metres, or 213ft long, and weighed 254 tonnes. 27 October 2013.
Photo credit : Simon Chapman/LNP 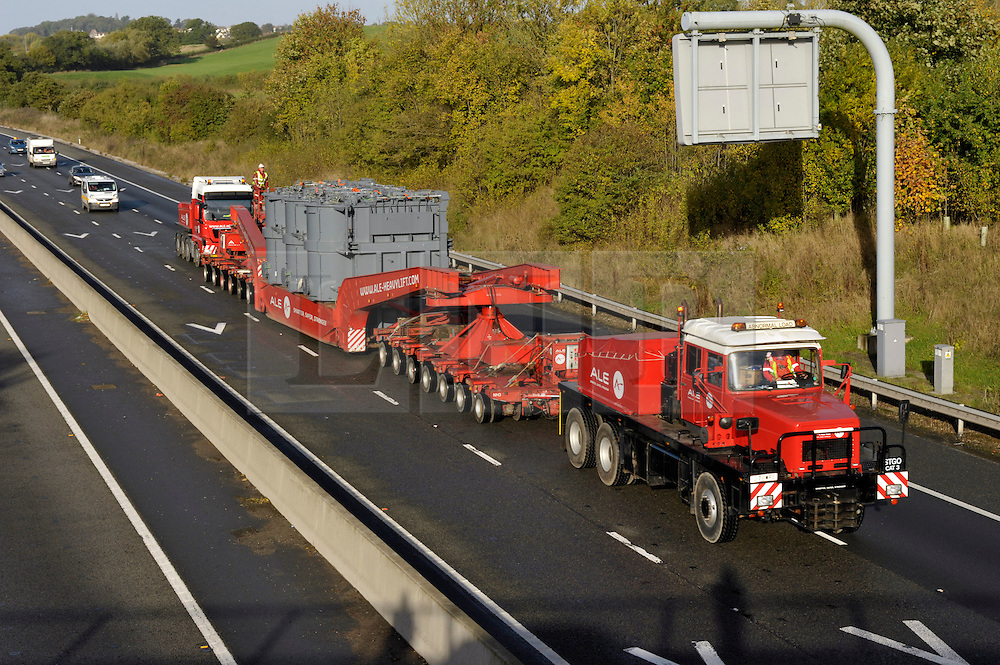