© Licensed to London News Pictures. 14/07/2017. London, UK. Good luck wishes are given to a Hajj cyclist. Muslim cyclists gathered at the East London Mosque in Whitechapel to set out on the 'Hajj Ride', the first ever charity cycle ride from London to Medina in Saudi Arabia. The 3,500km, 6 week ride will pass through 8 countries raising funds for medical aid in Syria. Intended to champion cycling in Muslim society, the ride also aims to satisfy one of the five pillars of Islam, being the Hajj pilgrimage to Mecca. Photo credit : Stephen Chung/LNP 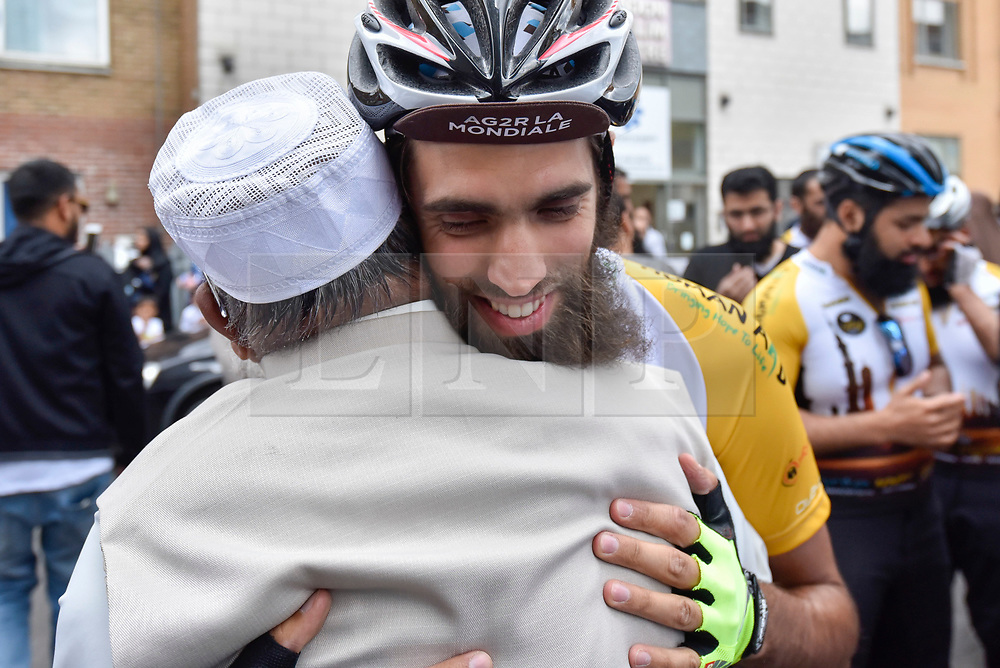