© Licensed to London News Pictures. 22/01/2018. Folkstone, UK. UKIP Leader HENRY BOLTON looks out from the doorway of his hotel as he prepares to give a statement to the media outside following a series of resignations within the party. Bolton, who has only been leader of UKIP since September 2017, has come under pressure following unfavourable stories in the press about his personal life and the behaviour of his former girlfriend Jo Marney. Photo credit: Peter Macdiarmid/LNP 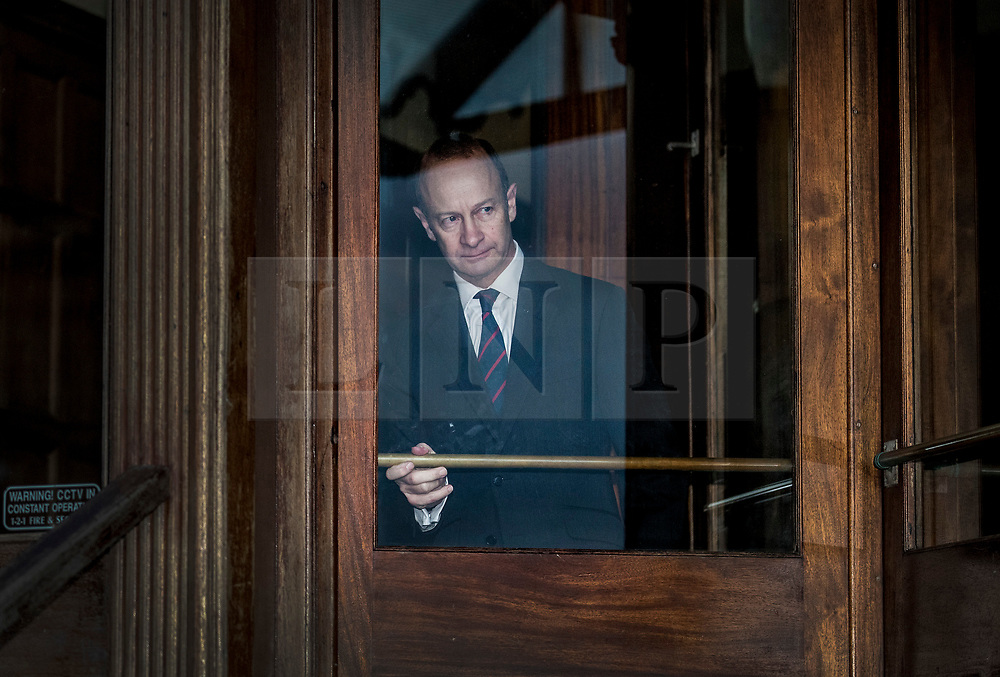