© London News Pictures. 14/07/2015. Sergeant and WO2 Rachael Ballard inspect the Gunners kit before they put it on. . More usually associated with the ceremonial gun salutes and musical rides with their 13lb guns, they took on the role of both mounted and dismounted guard at the entrance of Horse Guards. This year, for the first time, they are using Knightsbridge Barracks, the home of the Household Cavalry Mounted Regiment, for the period of their duty, as opposed to Wellington Barracks, which they have used in previous years. Photo credit: Sergeant Rupert Frere/LNP 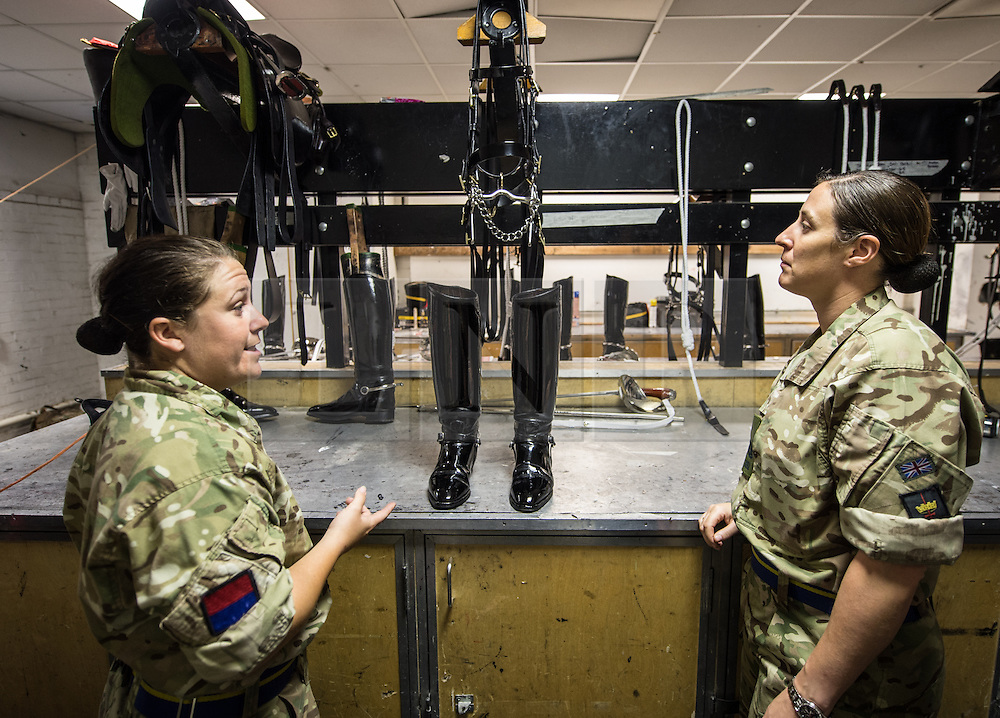