© Licensed to London News Pictures. 07/11/2018. White City, London, UK. Police seal off the scene of a serious assault in west London. A teenage boy became the latest victim in a spate of knife attacks across the capital. The boy was stabbed this afternoon on Willow Vale, off Uxbridge Road in White City. He is understood to be seriously ill in hospital after being found with life threatening injuries. Within two hours in a separate incident, a man was stabbed in Hackney, east London. Photo credit Guilhem Baker/LNP 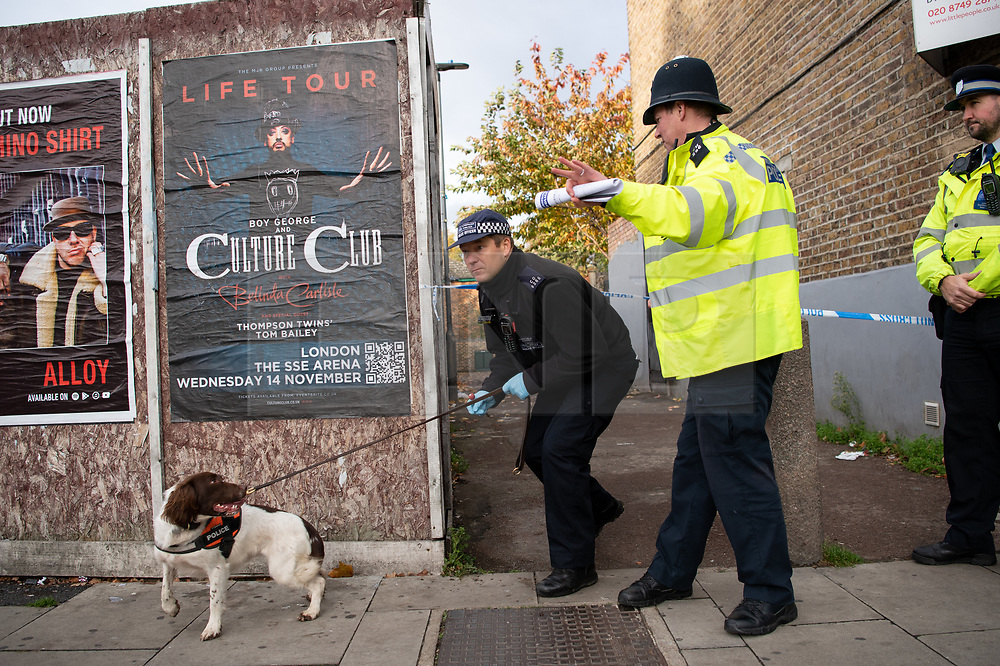