© Licensed to London News Pictures. 10/06/2020. Leeds UK. A statue of Queen Victoria at Hyde Park in Leeds has been sprayed with graffiti including the words "murderer" and "slave owner". The bronze sculpture on Woodhouse Moor in the Hyde Park area of the city also had the words "coloniser" and "racist" daubed on it.
Several statues have been targeted after a statue of 17th Century slave trader Edward Colston was torn off its plinth in Bristol by protesters. Photo credit: Andrew McCaren/LNP 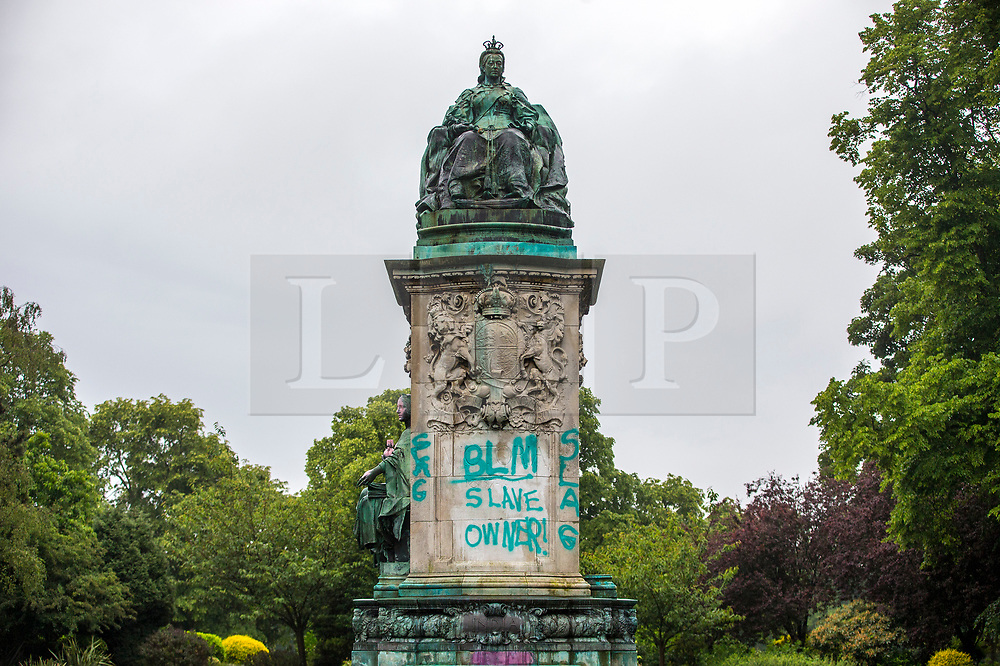