© Licensed to London News Pictures. 06/06/2017. London, UK. Nicola Smith ( right) the ex-girlfriend of attack victim James McMullan, is comforted by her sister as they stand over flowers at London Bridge, left for those who lost their life in a terrorist attack on Saturday evening. Three men attacked members of the public after a white van rammed pedestrians on London Bridge. Ten people including the three suspected attackers were killed and 48 injured in the attack. Photo credit: Ben Cawthra/LNP 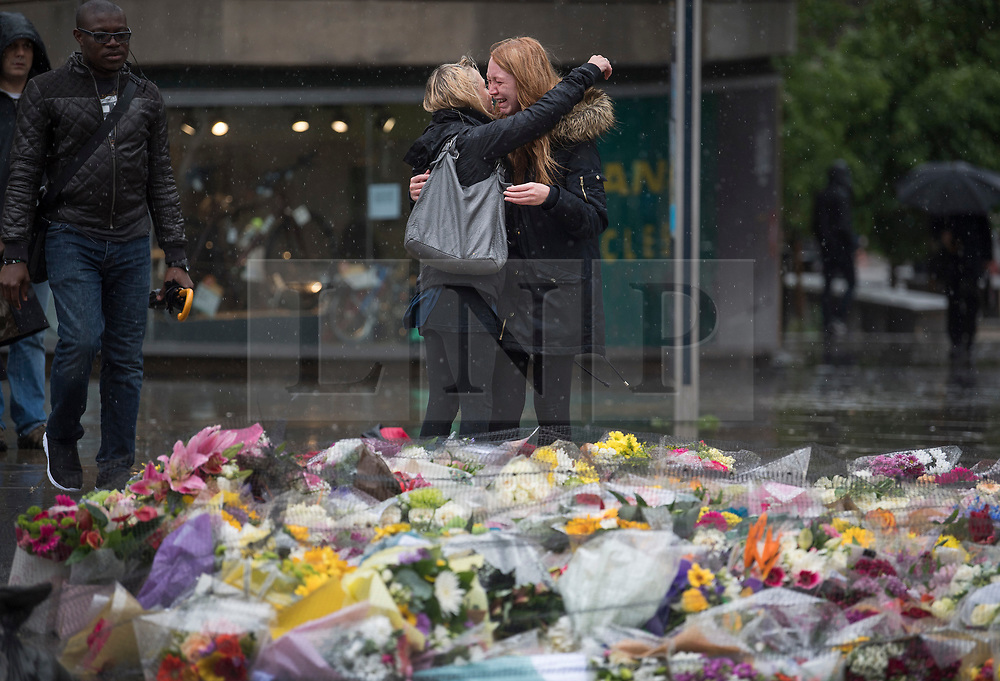