© Licensed to London News Pictures. 23/04/2019. LONDON, UK. Activists face police in at Parliament Square during "London: International Rebellion", on day nine of a protest organised by Extinction Rebellion. Protesters are demanding that governments take action against climate change. Police have issued a section 14 order for Parliament Square and expect that the occupation of the square will have concluded by the end of the day. Photo credit: Stephen Chung/LNP 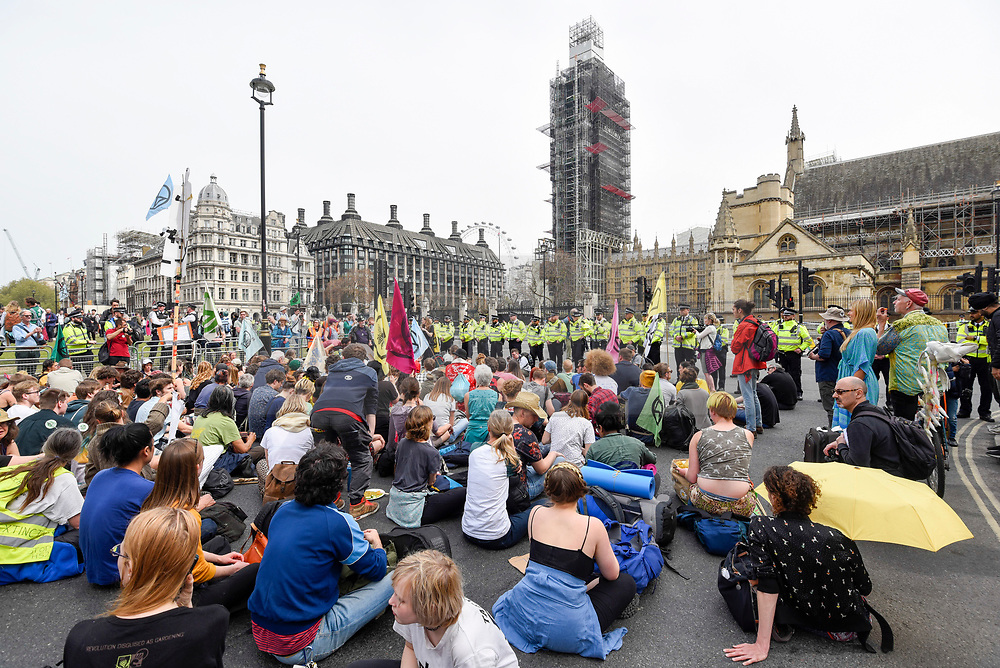