© Licensed to London News Pictures. 18/06/2014. LONDON, UK. The Deputy Prime Minister, Nick Clegg holds a reception ahead of the Grand Départ of the Tour de France as he hosts organisers from the three UK stages of the Tour, businesses on the route, representatives of Team Sky and their sponsors, British bike manufacturers and school children with an interest in cycling in Westminster, London on Wednesday, 18 June 2014. Photo credit : Tolga Akmen/LNP 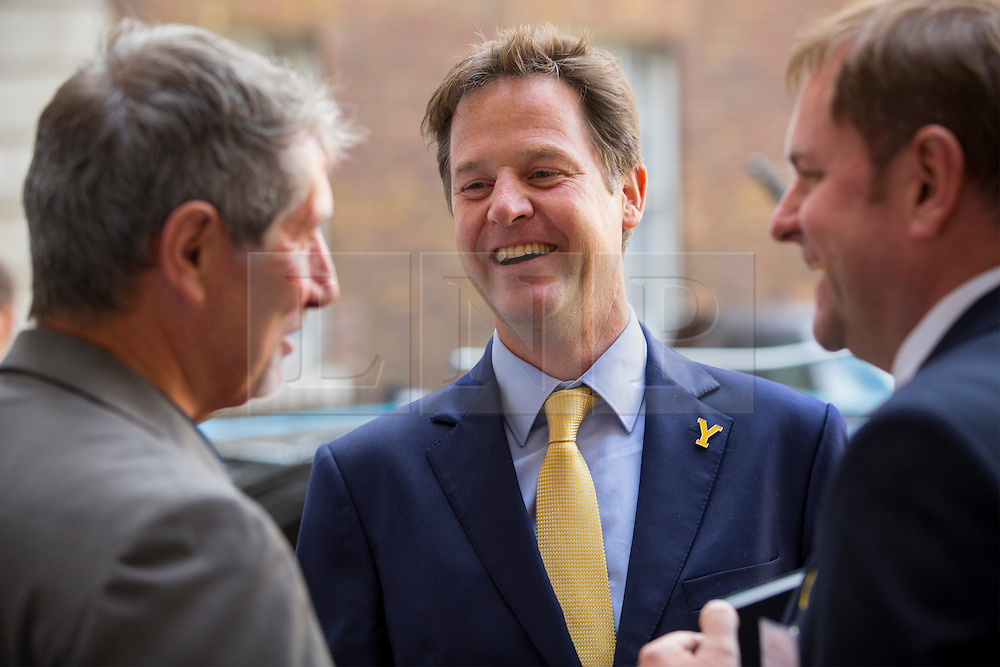