© Licensed to London News Pictures. 07/12/2019. London, UK. A car wheel sits approximately 20 meters from the scene of a fatal road traffic collision, a black BMW hit a lamp post in the crash, the impact ripped the engine block from the car and sent the wheel flying into Gladstone Park.
Police were called at 09:08 GMT on Saturday 7th December 2019 to reports of a car in collision with a lamp post on Dollis Hill Lane at the junction with Brook Road, NW2. Metropolitan Police Officers, the London Ambulance Service and London Fire Brigade attended. Two people were recovered from the vehicle. The male driver was pronounced dead at the scene at 09:21 GMT. The passenger has been taken to a central London hospital. Photo credit: Peter Manning/LNP 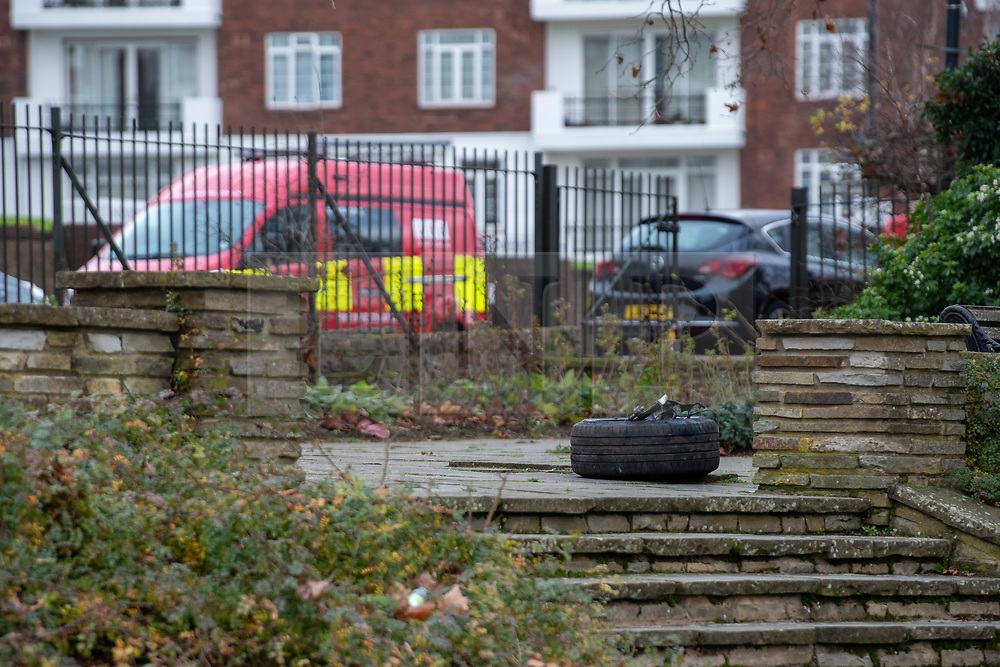