© Licensed to London News Pictures. 27/09/2012. London, UK. Mike Love (Left) and Al Jardine (Centre) and Bruce Johnston (Right) of The Beach Boys performing live at The Royal Albert Hall, London, as part of their 50th Anniversary Tour. It is reported that this is the final tour that Love, Wilson and Jardine will play together as The Beach Boys - with Love planning on continuing the band with different band members. Photo credit : Richard Isaac/LNP 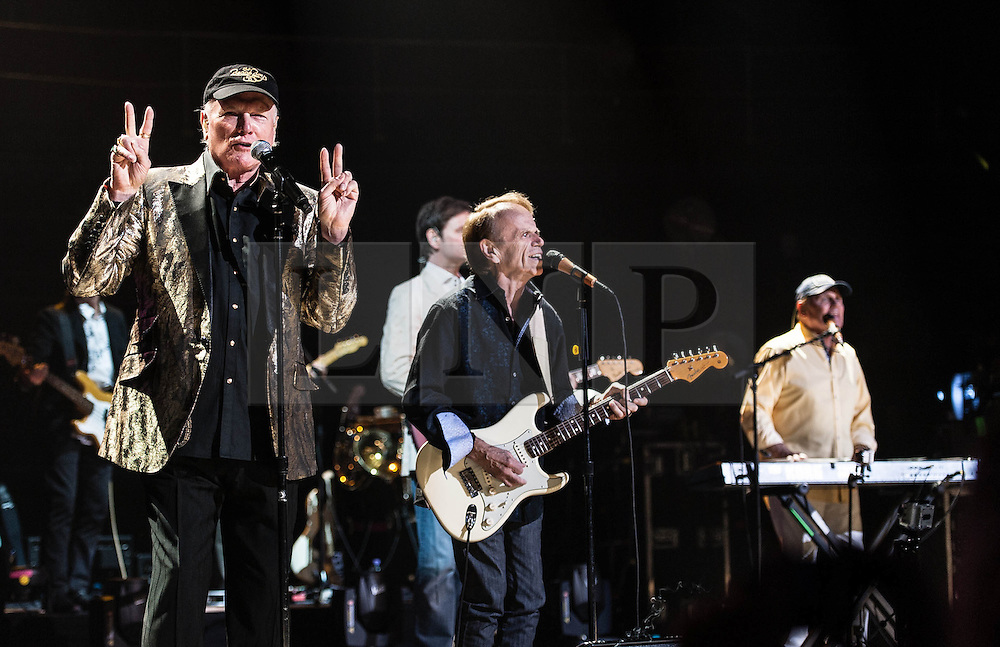