© Licensed to London News Pictures . 14/10/2013 . Gorton Monastery , Manchester , UK . A single red rose left in front of photographs of Harry Goodwin , at the front of the monastery . The Humanist funeral of photographer Harry Goodwin , attended by footballers and other celibrities and featuring music by artists he had photographed including "He Ain't Heavy, He's My Brother" by the Hollies and " Happiness " by Ken Dodd . Photo credit : Joel Goodman/LNP 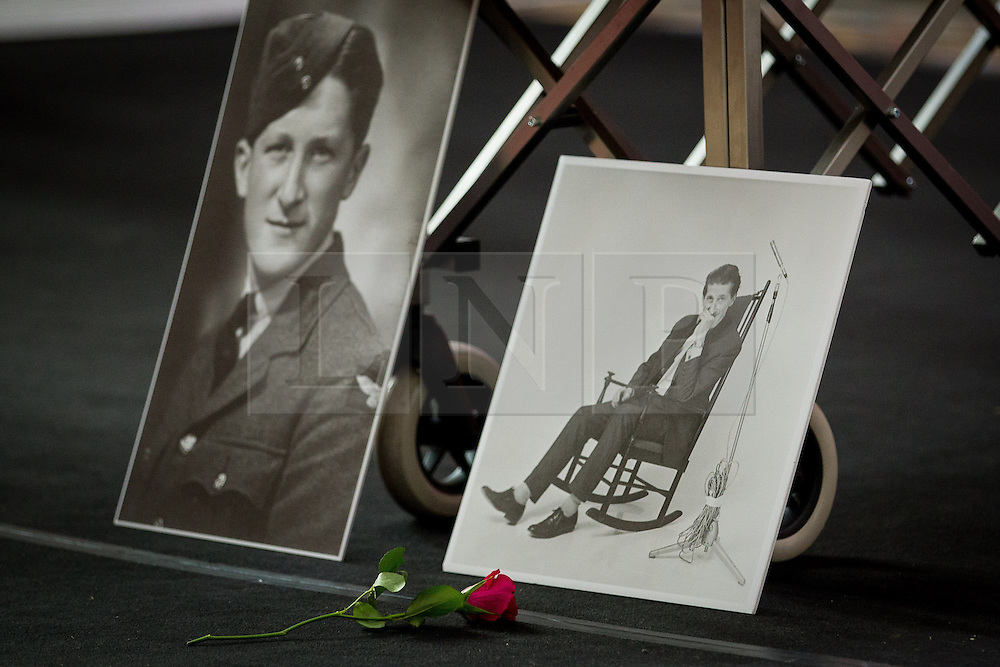