© Licensed to London News Pictures. 02/04/2013. London, UK. An expert from guitar manufacturer 'Fender' prepares to give students a 'Jimi Hendrix Master Class' in the basement of a pop-up shop set up to celebrate a new album by the late guitar legend in London today (02/04/2013). The shop, called 'People, Hell and Angels' 'located near London's Carnaby Street, runs from the 1st of April until the 12th of April 2013 and features memorabilia, music and photographs of the guitarist and singer who died in 1970 of a drug overdose. Photo credit: Matt Cetti-Roberts/LNP 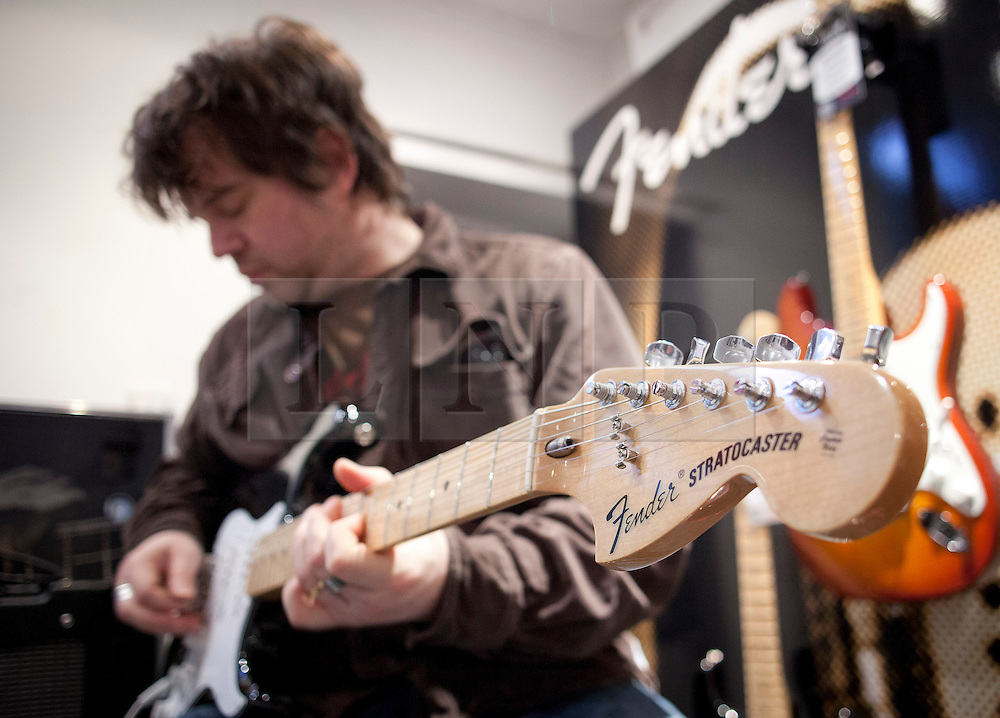