© Licensed to London News Pictures. 23/10/2018. London, UK. Royal Marines in a RIB travel on the River Thames under London Bridge during a rehearsal for a display tomorrow when the Royal Marines and Royal Netherlands Marines will stage a joint on water capability demonstration with blank ammunition. As part of the Dutch state visit, King Willem-Alexander and Queen Máxima will attend the Dutch ship HNLMS Zeeland, which is anchored next to HMS Belfast. They will join The Duke of Kent on board and will be given a 10 minute display of the Royal Marines and Royal Netherlands Marines staging a joint on water capability demonstration.Photo credit: Vickie Flores/LNP 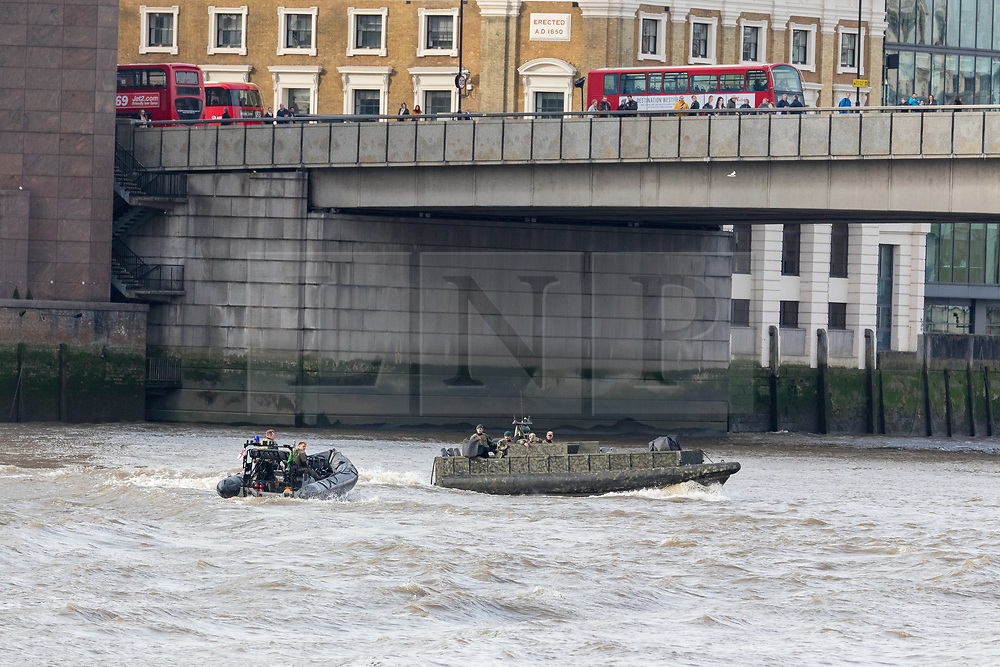