© Licensed to London News Pictures. 03/09/2014. Tall ship pictured with the Old Royal Naval College in Greenwich behind. The huge tall ship Dar Mlodziezy arrived in London the evening of September 3rd in readiness for this weekend's Royal Greenwich Tall Ships Festival. Reckoned to be the largest tall ship on the Thames for 25 years, the 108-metre-long Class A ship arrived in London shortly before sunset. She will be joined by approximately 50 other ships for the regatta this weekend which is expected to draw over a million people. All of the ships will leave in a Parade of Sail on September 9th. It is the biggest Tall Ships event on the Thames since the Tall Ships Race of 1989. Credit : Rob Powell/LNP 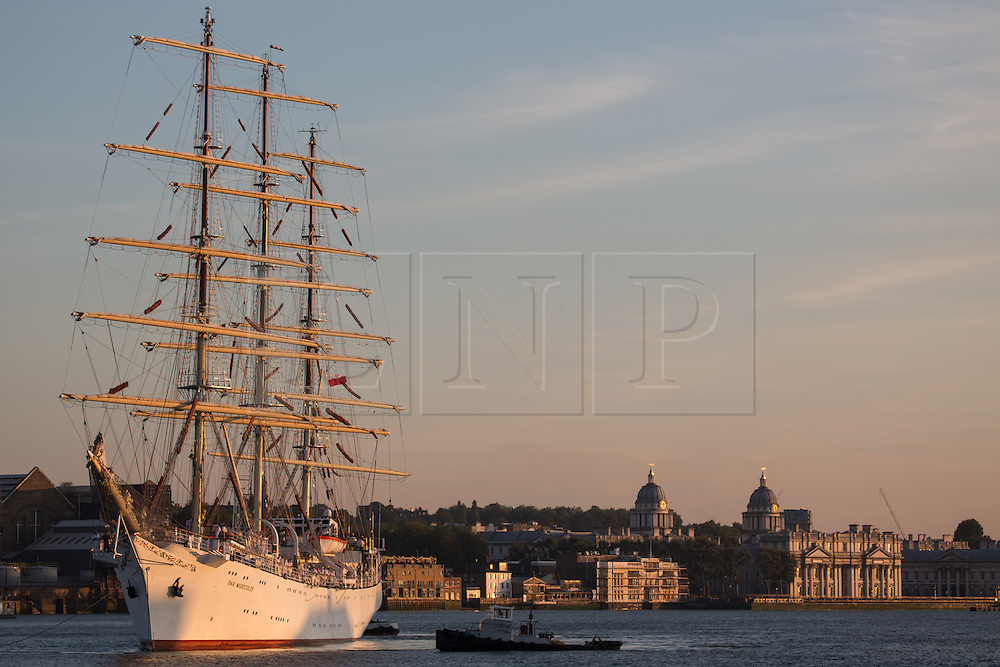