© Licensed to London News Pictures. 01/09/2015. Bashiqa, Iraq. A Kurdish peshmerga fighter takes advantage of a cool breeze by sleeping under the stars behind his unit's defensive position on Bashiqa Mountain, Iraq. 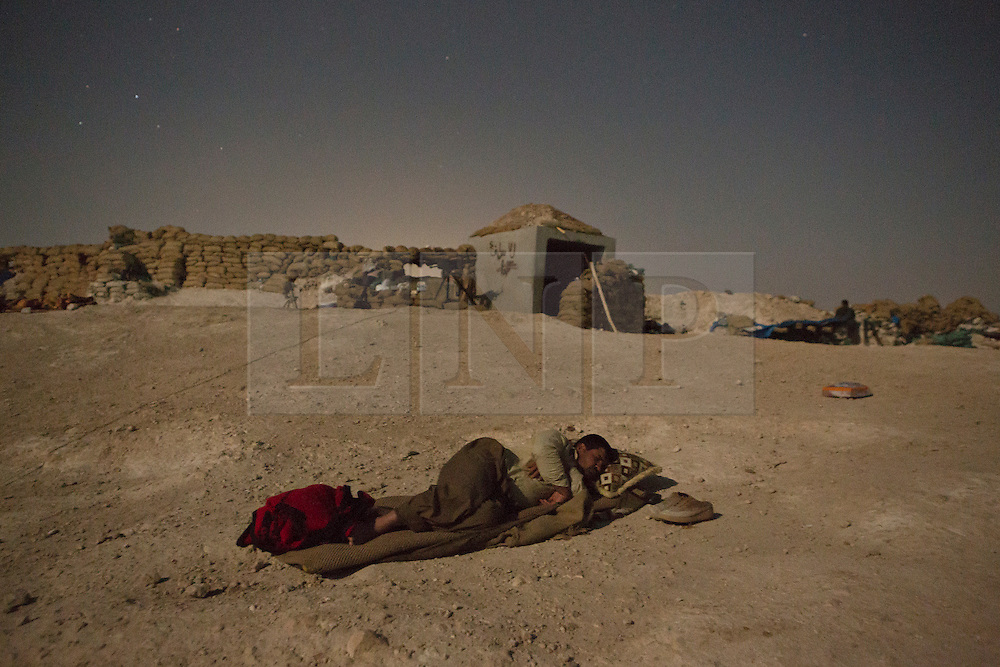