© Licensed to London News Pictures. 01/12/2016. London, UK. The Choir of St Martins-in-the-Fields, Children’s Voices Choir sing carols as a 22-metre tall Norwegian spruce, decorated in a traditional Norwegian style with vertical strings of lights (around 770 energy-efficient light bulbs) is lit up in Trafalgar Square. The tree is the city of Oslo's traditional Christmas gift to London as a token of thanks for British support during the years of occupation. The Lord Mayor of Westminster, Councillor Steve Summers hosted the Mayor of Oslo, Marianne Borgen who performed the official lighting up. Photo credit : Stephen Chung/LNP 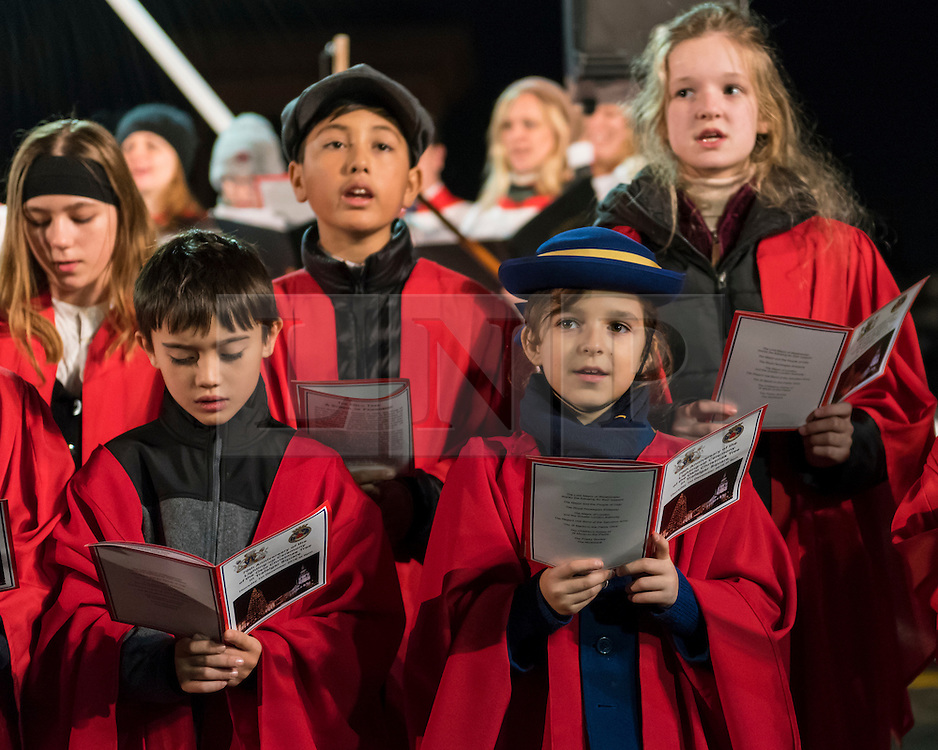